Chelsea progressed through to the FA Cup final on Saturday and currently sit 21pts ahead of Tuesday's guests Brighton in the Premier League table. The Seagulls drew their last game against Everton 0-0 and remain in real danger of being dragged into the bottom three if their results don't pick up over the next couple of weeks.

Read on for our full match preview and prediction for Chelsea vs Brighton in the Premier League.

Three of Chelsea's last four wins against Brighton have been accompanied by a clean sheet and we're expecting the hosts to keep the Seagulls from scoring once again on Tuesday. Brighton failed to score last time out against Everton, while Chelsea have kept clean sheets in three of their last six outings.

Can Brighton find a way through Chelsea's resolute defence?

Chelsea are flying right now, through to the semi-finals of the Champions League and the final of the FA Cup, but they currently sit outside the top four and need a strong finish to the Premier League campaign if they are to replace West Ham or Leicester who sit above them along with the two Manchester clubs. The hosts are in decent form heading into Tuesday's clash and will be expected to beat Brighton. Kovacic, Christensen and Silva are all injury concerns for the hosts and late fitness tests are expected to be handed out to all three players.

Brighton sit 6pts above the relegation zone as things stand. but a win against Chelsea would take them onto 36pts and would take them very close to securing their Premier League status for another season. The Seagulls have a habit of going through bad patches of form and they will be praying that this won't be the case in the business end of the campaign. The visitors will be without Lamptey and March for the trip to London through injury, while there remain doubts over Andone, Connolly and Tau as well.

Your Questions: Chelsea vs Brighton 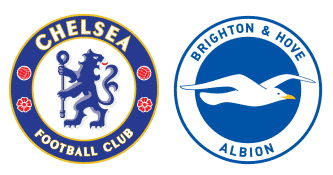