Celtic and Rangers lock horns in the Glasgow Derby on Saturday, September 3rd at Celtic Park. Bragging rights and points are on the line in the first Premiership meeting of the season between these rivals. Read our free predictions and find the latest odds for the fixture below in our detailed match preview.

One unbeaten record could tumble in Saturday’s Glasgow derby between Celtic and Rangers in the Premiership. Read our top predictions for this weekend’s fixture below.

Celtic and Rangers clash in the first Glasgow derby of the campaign on Saturday in what should be another enthralling tussle between the traditional rivals at Celtic Park. The Bhoys’ cup win at Ross County (4-1) in midweek was their sixth-straight domestic victory since the summer and while the Gers are in fine form themselves, Celtic’s superior goal-scoring power could be the determining factor this weekend. Celtic have scored 21 times to Rangers’ 14 in the Premiership so far and that extra cutting edge should hand the hosts an advantage.

Ange Postecoglou’s free-wheeling Celtic side have made a prolific start to the new season and three of their last four matches have produced over 2.5 goals, with the Hoops netting 19 times along the way. Four of Rangers’ five league assignments so far have also seen three or more goals and fireworks in the final third are expected again this weekend when these great antagonists collide. Neither team will hold back in pursuit of victory in Glasgow where a stake on over 2.5 goals is advised again.

Top Betting Odds and Stats for Celtic vs Rangers

View our list of the top stats for Saturday’s match below alongside a tool to help you choose the best odds.

Read all of the latest injury updates and team news for Saturday’s Glasgow derby between Celtic and Rangers below.

Yosuke Ideguchi is currently nursing a leg injury, though the Japanese midfielder will hope to shake it off in time to feature on Saturday. Celtic put nine goals past Dundee United in their last league outing in a ferocious display of lethal finishing.

Kemar Roofe, Filip Helander and Ianis Hagi are all in the treatment room for Rangers, though the first two members of that trio should be back in action soon. Rangers are one of two teams, alongside Celtic, yet to taste defeat in the Premiership this season. 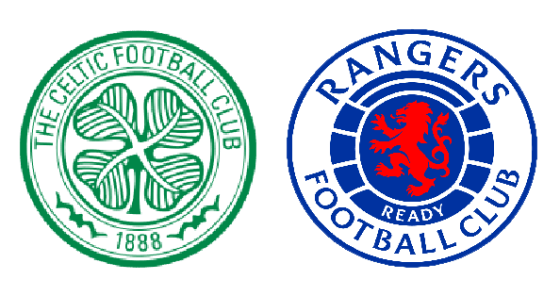 Celtic and Rangers drew 1-1 when they last faced off in May.

Saturday’s Glasgow derby will be contested at Celtic Park.