The first match to be played on Saturday in La Liga round is the Celta Vigo vs Villarreal duel, so check our preview of the game if you want to learn more about it.

Our favourite Celta Vigo vs Villarreal betting tips and picks

If you are looking for free La Liga betting predictions, you've come to the right place. So, here are our top betting tips for Celta Vigo vs Villarreal:

Neither of the two teams is in great form at the moment in La Liga since both teams have only one win in their last five matches in the league. So, this game is obviously hard to predict, but our prediction is for Villarreal to win. First of all, Villarreal is the better team and the international break probably gave them some time to consolidate. Secondly, the home team lost four previous h2h duels between Celta Vigo and Villarreal, so we can see home team losing this game as well to keep the tradition going.

Four of the last five meetings between Celta Vigo and Villarreal have gone over 2.5 total goals, so we expect to see another high-scoring match between these two teams. That being said, Villarreal averaged 2.17 goals per game this season in La Liga, while Celta Vigo averaged 2.31 goals per game in the league so far, which aren't exactly high averages.

Once again, our prediction is based on tradition instead of recent results since both teams have scored in three of the last five head-to-head duels between Celta Vigo and Villarreal. Meanwhile, both teams have only scored in 31% of all Celta Vigo games this season in the league, while the same is true for 42% of all Villarreal matches in La Liga until now.

The latest stats and odds for Celta Vigo vs Villarreal

If you are trying to place a bet on the top Celta Vigo vs Villarreal odds, check our list of odds taken from the best UK bookmakers:

The new season didn't start that well for Celta Vigo, a team that was in the top half of the standings last year. At the moment, Celta is sitting in the fifteenth place in the standings, just one point ahead of the first team in the relegation zone. In the last five games, Celta Vigo has one win, two draws, and two losses. Mallo and Tapia are currently injured and out of the next game.

The Yellow Submarine didn't have the best start of the new season and the team is currently twelfth in the league, closer in points to the relegation zone than a place in the European Competitions. Villarreal has two wins, one draw, and three losses in the last six games in the league and they need to get into form quickly or they will struggle to catch up. Villarreal's top scorer, Gerard Moreno, is still injured, but he is the only player on the team's injury list. 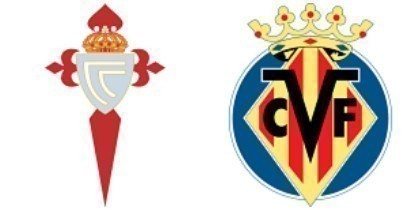