The only game in the last round of La Liga that will be played on Saturday, May 21st, is the Valencia vs Celta Vigo duel. So, make sure to check our preview of this game to learn more about it.

Our free Valencia vs Celta Vigo betting predictions and picks

If you are struggling to decide on the best bet for Valencia vs Celta Vigo, check our favourite betting tips for this match:

Valencia and Celta Vigo to Draw

With both teams safely tucked in the middle of the standings and only separated by one point, it's clear that we can expect a close game. Add the fact that the team's will likely be less motivated to fight too hard for a win and we can see this game ending in a draw.

That being said, we did not see a draw in the last five head-to-head meetings between Valencia and Celta Vigo, but perhaps it is high time for that to finally happen now.

Both teams have scored in two of the last three h2h duels between Valencia and Celta Vigo and we wouldn't be surprised at all if that happened again on Saturday, especially with his game lacking true competitiveness.

Furthermore, both teams scored in 65% of all Valencia games in La Liga until now, although the same is true for just 38% of all Celta Vigo games in the league this season.

The best odds and key stats for Valencia vs Celta Vigo

If you want to bet on the top La Liga odds, including the best odds for Valencia vs Celta Vigo, you've come to the right place:

While the two teams can enter this game without any pressure, we may still see an interesting duel. Here's a closer look at both teams:

Ever since they lost Copa del Rey final to Real Betis, Valencia seemed off and that's hardly a surprise since the team was pretty much stuck in the middle of the table anyway in La Liga. To that point, the Bats are now without a win in eight straight games in the league, so their fans are probably hoping for the team to get a win in the last round and say goodbye to them with a victory.

Hugo Guillamon and Gabriel Paulista are out of the upcoming match with injuries, while Hugo Duro is questionable for the last game of the season.

With three wins, one draw, and two losses in the last six La Liga matches, Celta Vigo has done pretty much the same as they've done the entire season, which is why they are ending the season right in the middle of the standings. That being said, Celta's fans are probably not too sad about it since that was pretty much what was expected from this team before the season started.

Meanwhile, Hugo Mallo, Franco Cervi, Fran Beltran, and Nolito will all miss the last match through injuries, while Renato Tapia is suspended for htis game.

The most frequent questions for Valencia vs Celta Vigo 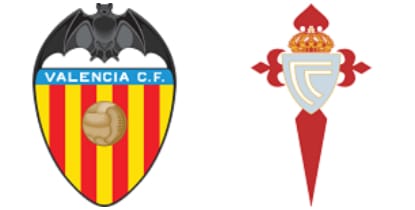