One of the more interesting matches to be played on Saturday in La Liga is the Celta Vigo vs Rayo Vallecano duel and we have an in-depth preview of this game just for you.

If you are interested in free La Liga betting tips, including our top picks for Celta Vigo vs Rayo Vallecano, check them out right here:

Although Rayo Vallecano is having a great season and they are currently in in eighth place in the standings and four points ahead of Celta Vigo, our prediction is for Celta to win this game.

After all, Celta Vigo is the better team on paper, they have more experience, and they are in better form lately. That being said, the last two h2h duels between these teams ended in draws, but the other three were won by the home team, which is what we expect from this match.

Four of the last five head-to-head meetings between Celta Vigo and Rayo Vallecano have gone over 2.5 total goals and we can see that happening once again in their upcoming duel.

If you are looking for the top Celta Vigo vs Rayo Vallecano odds, check our list of odds taken from the best UK betting sites:

With both teams doing well in the league this season, we expect a close and exciting game. So, let's take a closer look at both teams before they meet:

With three wins, two draws, and one loss in the last six games, Celta Vigo is doing very well at the moment. The team is still far from the spots that lead to Europe next season due to their poor form at the start of the league, but they are slowly reducing the deficit and if they can stay in good form for a while longer, we might see them included in the fight for the top spots in La Liga.

It may sound unbelievable, but Celta Vigo is fully fit at the moment, without any injuries, coronavirus cases, or suspensions. So, we expect to see the best eleven in the starting lineup for Celta.

The season from dreams for Rayo Vallecano is far from over since the team just secured a spot in the semi-finals of Copa del Rey after they eliminated Mallorca on Wednesday. Meanwhile, the team is eighth in the standings in La Liga and doing very well, although the team did slow down in recent games since they failed to win in the last three matches in the league.

Rayo Vallecano remains without Martin Merquelanz, but the team is in great shape other than that and they have no other players who will miss the upcoming game.

The usual questions for Celta Vigo vs Rayo Vallecano 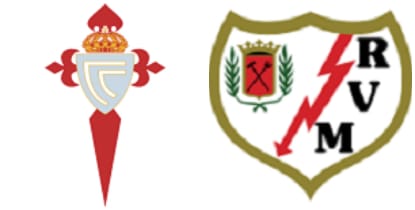