Sheffield United have come off the gas just at the wrong time in a bid to lockdown a spot in the  Championship's top six. Can they get back on track here? Find out with our Sheffield United vs Cardiff match preview with free tips, predictions and odds mentioned along the way.

In our introduction we touched on Sheffield United stumbling in their playoff bid but we fancy them to get a result here; if they want to make the top six, they sort of have to. Despite a recent dip in form, which sees the Blades winless in three, their home form is still pretty good with just the one loss in 10. Cardiff meanwhile have just three wins in their past 10 games on the road. Combine that with the fact that the team with something to play will be cheered on by a home crowd and we expect them to have enough.

Cardiff's form suggests that an over 2.5 total goals tip isn't the most wild suggestion in the world but we're opting to be the other way as we back under 2.5 goals. The Bluebirds have gone over 2.5 in four of their past five matches but Sheffield United have seen four of their last five end south of the same 2.5 marker. The head to head record is pretty concrete on the low scoring outcome too; the last six meetings have seen the 2.5 mark broken just once.

Sheffield United vs Cardiff: Let's look at the predicted lineups

Cardiff could be forgiven for being ‘on the beach' but we are sure they'll respect the league here with Sheffield United embroiled in a battle for sixth place. The pair served up a cracker in the reverse fixture.

Sheffield United arrived in the playoff picture from way back originally but now they run the risk of missing out on that top six spot. The Blades are currently sixth but there are several sides hunting them down – some have games in hand too so it really is time to get back to winning ways.

Cardiff fans would have snapped your arm off for a nothing game in mid-April a few months ago; their season hit a real low under Mick McCarthy as they struggled to get shots on goal let alone score goals. It looked for all the world like a relegation battle would follow so the fact they can now look to finish the season purely on a ‘build for next season' basis is a big achievement; this game could be a good measure for exactly how far they need to go ahead of August.

A quickfire FAQ on Sheffield United vs Cardiff 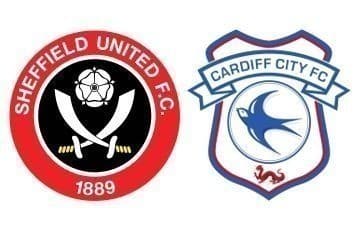