This game might be set up as a relegation six pointer but both teams arrive in this match in good form. Who though will keep the positive results coming? Find out with our Cardiff vs Hull match preview with free tips, predictions and odds mentioned along the way.

Cardiff vs Hull: Our top tips

Bluebirds to be on song

As we mentioned in the opening, both of these teams are struggling towards the bottom of the league but both arrive in this fixture having won two games on the spin. It's Cardiff who are in marginally better shape though having taken seven points from the last 15 available as opposed to six like Hull have. That gives Cardiff a very minor edge. Then you have to factor in two other elements. The first is that Cardiff have home advantage and the second is the head to head record. Hull haven't beaten Cardiff since 2016 with their last win on Welsh soil coming a year prior to that; that's a six year dry spell of winning in Cardiff. Cardiff have won three of the last four meetings.

When it comes to the both teams to score market this game just screams out as ‘no'. Cardiff have seen two of their last five end with at least one team blanking whilst their longer term form dating back to Mick McCarthy's end period sees that change to six in 10. It's all about Hull really though; each of their last five have seen at least one side fail to notch. The Tigers have recorded two clean sheets and blanked three times. Then you have the head to head results for further reference; four of five have ended to nil.

Our final prediction for Cardiff vs Hull is for the Bluebirds to net at least two goals. They've bagged two in each of their last two outings and in three of their four games since McCarthy left his post as manager. Hull meanwhile have conceded at least two goals in half of their last 10 away games. Last time the two sides met Cardiff put three goals past Hull.

Find the best odds for Cardiff vs Hull

Cardiff had been on a woeful run of form that ultimately ended up costing Mick McCarthy his job. Since his dismissal, fortunes have improved but they still need to chalk up a few more positive results to pull out of the relegation battle. If they're to do that then the likes of Kieffer Moore and Sean Morrison will be key. Hull are also in the battle at the bottom and just a few points worse off than their hosts. Their recent form offers hope though; George Honeyman has scored in each of the last two and his a big role to play moving forwards.

FAQ on Cardiff vs Hull 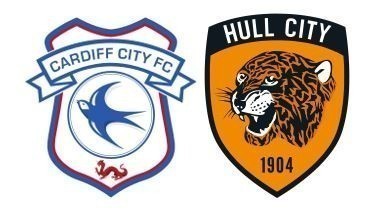