This match is a face off between two teams with contrasting fortunes in recent times. Who will come out on top as they lock horns at the Cardiff City Stadium? Find out with our Cardiff vs Blackburn match preview with free tips, predictions and odds mentioned along the way.

Rovers to romp to a win

Cardiff might have progressed to the next round of the FA Cup at the weekend but after failing to get the job done inside 90 minutes their last five games do read as drawn three and lost two with zero wins. Blackburn meanwhile crashed out of the same competition to League One high flyers Wigan but have won seven of their last nine league games drawing the other two. It's hard not to see them making that eight league wins from 10 in Wales; that becomes even more likely with the fact the hosts won't have a crowd on their side. Blackburn haven't lost to the Bluebirds since 2016 and beat them the last time they met.

When you're landing on the radar of Barcelona and Real Madrid, which Ben Brereton Diaz reportedly is, then it's a sure fire way to know you're doing something right and we are backing the Championship's hottest prospect to bag a goal in this contest. He already has 20 goals to his name this season and having netted three goals in his last three league games it's fair to say he doesn't look like slowing down anytime soon. He also scored a hat-trick last time these two sides played one another.

Check out the key stats & form for Cardiff vs Blackburn

Cardiff will look at Blackburn with envious eyes at the moment. The Bluebirds will think they should be competing for a shot at promotion but their campaign has been plagued by mediocrity. Rovers meanwhile will see this game as another one they can take maximum points from.

Cardiff might have only lost two of their last five games but picking up maximum points has been a tough ask for them of late. Will they have been buoyed by their extra time cup win over fellow Championship side Preston?

Blackburn lost their FA Cup game at the weekend but they won't be too upset at that with promotion and a title challenge very much their priority for the season. Can they chalk up another win here?

A brief FAQ ahead of Cardiff vs Blackburn 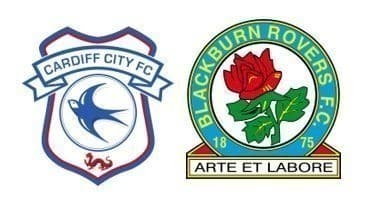