Cagliari sit in the bottom three of the Serie A table heading into their home game against Udinese on Saturday night but a win could take them above Genoa and Spezia and into safety. Udinese currently sit 7pts clear of the relegation zone but have been inconsistent this season and are certainly one of those clubs looking over their shoulders and hoping they don't get dragged into a relegation battle.

Three of the last five league meetings between Cagliari and Udinese have ended with both teams getting on the scoreboard and we're backing both teams to score on Saturday. Four of Cagliari's and four of Udinese's last six outings in league and cup have produced goals at both ends of the pitch, so you can see just why we're not backing either side to keep a clean sheet this weekend.

Jao Pedro top scores for Cagliari this season with 9 Serie A goals and has been in excellent form, despite his club sitting second from bottom of the table. The Brazilian striker has netted three penalties and we're backing him to score against Udinese either from open play or another spot-kick.

Everything you need to know about Cagliari vs Udinese

Cagliari could move out of the relegation zone with a win

Cagliari made the trip to Inter Milan expecting to get beat and that's just what happened. Martinez scored the only goal of the first half as Cagliari managed to keep things fairly tight at the back. However, in the second forty-five, the visitor's defence collapsed and Inter Milan ran away with the result, thoroughly deserving their 4-0 victory. The teams in and around Cagliari haven't been winning many games of late so Saturday's hosts are still well in with a chance of escaping the drop if they can sort out that leaky defence.

Udinese had the home advantage against AC Milan and managed to secure a point from a game that many expected them to lose. Beto put Udinese in front after 17-minutes and that goal looked like it might have been enough to win the game only for Ibrahimovic to equalise 2-minutes after the 90. The season start brightly for Udinese fans but now it looks like their club will finish in the bottom half and could even be dragged into a relegation battle. 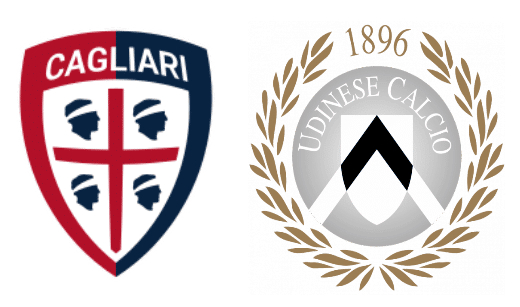