Juventus's good run of form came to an end at home to Inter Milan last time out but they remain the favourites to claim the final Champions League place in Serie A this season. Cagliari are fighting for their Serie A lives this season and will give it all they have against a much stronger opponent on Saturday, but will that be enough?

Key Stats & Markets ahead of Cagliari vs Juventus

Juventus looking to bounce back with a win at Cagliari

Cagliari would have been hoping for a positive result or at least a decent performance ahead of their home game against Juventus this weekend, but instead, they ended up getting thrashed away at Udinese. Pedro actually gave Cagliari the lead in this game but Udinese went in 2-1 up the break and added a further three goals in the second half to secure a 5-1 victory. Cagliari remain one place and 3pts above the drop zone ahead of this weekend's clash with Juventus.

Juventus would have been expecting a tough game at home to Inter Milan last time out but the form guide suggested that they could win the game. However, the match only produced one goal and in came in first-half stoppage time for Inter Milan via the penalty spot. Juve might have lost that big game but they are still the clear favourites to secure the final Champions League spot ahead of Roma, Lazio and Atalanta.

Cagliari: Grassi is suspended, while Ceppitelli, Pavoletti, Marin, Gagliano, Nández and Strootman are all doubts through injury.

Juventus: Locatelli, Aké, Jorge, McKennie and Chiesa could all miss the trip to Cagliari through injury. 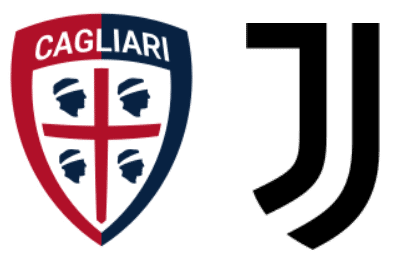