The second and the last duel scheduled for Tuesday in La Liga is the Cadiz vs Espanyol matchup, so let's take a closer look at this game and some of our top free tips.

Our best Cadiz vs Espanyol betting predictions and picks

If you are searching for top La Liga betting predictions, including our picks for Cadiz vs Espanyol, we can help you out:

Cadiz and Espanyol to Draw

None of the previous five meetings between Cadiz and Espanyol have ended in a draw. But, traditions are made to be broken and we expect the teams to split the points in this game.

First of all, Cadiz is in such poor form right now and they are in the relegation zone, while Espanyol is in the middle of the standings. However, the home team won four of the last five h2h duels between these two teams. So, a draw sounds like the most reasonable outcome.

Cadiz and Espanyol to Draw at Half Time

Since we expect this game to end without a winner, we can also see the teams being tied at half time. After all, that is the most common half-time result for matches that end in draws.

In addition to this, three of the last five head-to-head duels between Espanyol and Cadiz have been even at half time, so we can see that happening again on Tuesday.

The latest odds, figures, and stats for Cadiz vs Espanyol

If you are looking for the top odds for Cadiz vs Espanyol, check our selection of odds from the best UK betting sites:

While the guests are in better form right now, the home team needs a positive result to gain some confidence. So, let's take a closer look at both teams before their game:

With five losses and two draws in the last seven La Liga matches, Cadiz is one of the teams that's in worst form at the moment. They are currently in the relegation zone and poor results led to a coaching change. On the bright side, the new coach made his debut with a win over Sporting Gijon in Copa del Rey, albeit after penalties. Still, Cadiz will play in the quarter-finals of the Spanish Cup.

Regarding the team's health, Jose Mari, Jon Ander Garrido, and Anthony Lozano are all out with injuries. Luckily for Cadiz, other players are healthy and ready to fight.

Unlike their next opponent, Espanyol enters this game after being eliminated from Copa del Rey by Mallorca. Still, despite this disappointing result, Espanyol is having a very good season. After all, the team is currently in the middle of the standings in their first season back in La Liga. In the last six games, Espanyol has three wins and three losses.

Meanwhile, David Lopez is still out with an knee injury. In addition to this, Adria Pedrosa is suspended for this game. Other than that, Espanyol is in pretty good shape right now. 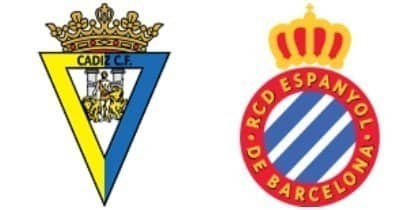