Burnley welcome Luton Town to Turf Moor in the Championship on Saturday, August 6th. The Clarets are aiming to make it two wins from two at the start of the new campaign. Read our free predictions and find the latest odds for the fixture below in our detailed match preview.

Can Vincent Kompany mastermind a second Burnley victory in as many games when the Clarets take on the Hatters on Saturday? Read our top predictions for this weekend’s fixture below.

Burnley played plenty of slick football in their opening Championship fixture against Huddersfield last week and the style in which Vincent Kompany’s troops went about their business bodes well for the club’s promotion chances. With optimism on the rise, Turf Moor should be rocking on Saturday for the visit of Luton and Burnley’s high-calibre football should be too much for the Hatters to handle.

Burnley scored just once to oust Huddersfield in their campaign opener last week, though they really should have widened their margin of victory after they enjoyed 68% of the ball and racked up 16 attempts with seven of those hitting the target. Another performance like that against Luton should yield the goals Burnley deserve and the hosts look a generous price to notch over 1.5 times against the Hatters in Lancashire.

Top Betting Odds and Stats for Burnley vs Luton Town

View our list of the best stats for Saturday’s fixture below alongside a tool to help you choose the best odds.

Read all of the latest injury updates and team news Saturday’s Championship match between Burnley and Luton Town below.

Midfielder Ashley Westwood is out until later in the month with a broken ankle, though the Clarets have few concerns elsewhere. Vincent Kompany's side played brilliantly at Huddersfield last time out, so few changes to their XI are anticipated for Saturday's test.

Louis Watson and Fred Onyedinma are both inching towards a return for Luton, though Saturday's game could come too soon for both. Luton limped to a drab 0-0 draw with Birmingham in their first match of the new season and a similar display on Saturday would see them turned over relatively easily. 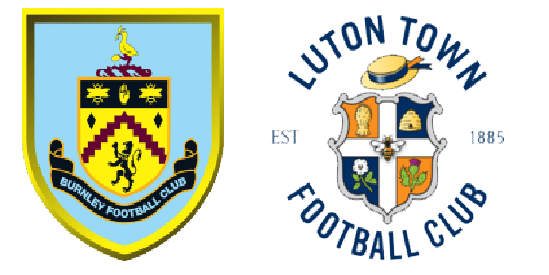 Burnley are the overwhelming favourites to prevail on Saturday according to the bookmakers.

Who is Burnley’s manager?

Vincent Kompany is embarking on his maiden campaign as Burnley boss this term.