Hull City are absolutely flying right now. Will they keep that going in this tricky away trip? Find out with our Burnley vs Hull City match preview with free tips, predictions and odds mentioned along the way.

Hull City have done fairly well so far this season; they have two wins in four games across all competitions, with a draw and a loss. It's important to note that Hull City's only loss came in the Carabao Cup; they are actually at the top of the Championship table, with two wins and a draw from three league games. Burnley, on the other hand, have a win, a draw and a loss from three league games. It's also worth mentioning that the last two meetings between Burnley and Hull City ended in stalemates; and considering the form of both teams, we believe that Hull City will take at least a point here.

Don't bank on lots of goals

Burnley and Hull City usually don't score a lot of goals when they go up against each other; eight of their last nine encounters saw less than three goals scored. As a matter of fact, six of the last nine clashes between these sides saw just one goal scored. It has been the same case with Burnley's most recent games; four of their last five games went under 2.5, with three of those games featuring just one goal. For this reason, we don't think these teams will score many goals today.

Will the Tigers remain unbeaten?

Hands up if you had Hull City sitting top of the league after three games. We didn't but, hey, there we are. In fact, most fans would have had Burnley sitting towards to summit but they're slap bang in midtable. It's early days, of course, but momentum can be a wondrous thing in football.

Burnley suffered their first loss of the season at the hands of Watford on Friday; although they had a one-man advantage for a few minutes, the Clarets couldn't get the equaliser. Vincent Kompany's men will welcome Hull City to Turf Moor on Tuesday; they'll look to put that disappointing loss behind them.

Hull City rebounded from their disappointing Carabao Cup first round exit with a 2:1 win against Norwich; that win put the Tigers at the top of the Championship table, with seven points from a possible nine. Hull City will hope to keep their top spot at they go up against Burnley; it'll be interesting to see how they'll match-up against the Clarets.

A quickfire FAQ on Burnley vs Hull City 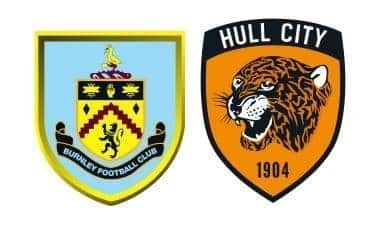