These teams both sit on 14 points from nine game played. Who will sit highest once this game ends on Saturday evening? Find out with our Burnley vs Bristol City match preview with free tips, predictions and odds mentioned along the way.

Burnley to shade it

We begin our tips by backing Burnley to win the match. Bristol City suffered defeat in the week in another tough test as they lost to second placed Norwich and that barnstorming match might have just taken something out of the Robins as they travel away from home again here for the second time in just a few days. That prior game and travel is relevant because every little edge will likely prove important against a Burnley side that have lost just once all season. Furthermore, Burnley have Bristol City's number in recent meeting; they've won each of the last five clashes and haven't lost to the Robins since 2011.

This next tip is far from a gimme but we are backing this match to see at least three goals courtesy of an over 2.5 goals tip from the total goals market. Burnley are the side that spread doubt on this bet with four of their last five games going under that threshold but that's cancelled out by Bristol City; four of their past five have gone over the 2.5 cut off. With things equal on form, the decider is the head to head record; four of the last five meetings between these sides have gone over 2.5 goals with a total of 22 goals seen across those games.

A clash between playoff contenders

Both of these sides have made strong starts to the season whilst playing good football to boot. That means this should be a nice advert for England's second tier but, more importantly, the result of the match could have a big say in how things lay at the end of the season with that Championship top six notoriously tight.

Vincent Kompany is doing a steady job at Burnley and he's doing so despite a few injuries he could have done without. Kevin Long and Ashley Westwood are both missing but the biggest miss of all is summer recruit Scott Twine.

Bristol City come into their second tough game in just a few days with little unchanged on the squad availability front. Timm Klose and Stefan Bajic continue to push for a return but with doubts over whether or not this game comes too soon whilst Tomas Kalas and Ayman Benarous remain absent.

A quickfire FAQ on Burnley vs Bristol City 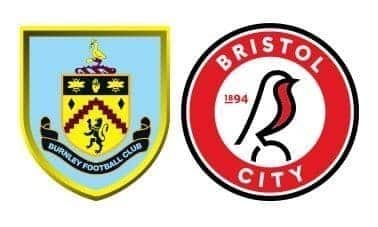