FW Predictions for Brondby vs Nordsjaelland

Two teams that secured wins in their opening games of the new season lock horns on Sunday as Brondby prepare to host Nordsjaelland. The hosts are being tipped to win this game by the bookmakers but top-of-the-table Nordsjaelland cannot be underestimated in what should be a close and competitive 90-minutes in the Superliga.

Under 2.5 goals have been produced in five of the last six competitive and non-competitive meetings between these two clubs, and we're expecting another tight and tense game between the two sides on Sunday. Four of Brondby's last five matches have witnessed fewer than three goals scored and the same can be said for three of Nordsjaelland's last six outings, so you can see why we're expecting a low-scoring 90-minute on Sunday.

Only one of the last six encounters between Brondby and Nordsaelland have ended with both teams getting on the scoreboard, so you can see why we're just one, or possibly no, teams to score this weekend. Just one of Brondby's last four outings have seen both teams score, while each of Nordsjaelland's last three matches have only seen one team find the back of the net.

Brondby had a tougher game than they expected at home to AGF last weekend but still managed to come away with all 3pts. The first half of the match failed to produce a single goal as both defences came out on top. However, as the second forty-five played out, Brondby began to control the majority of the play and scored what turned out to be the only goal of the game in the 79th-minute through Slimane.

Nordsjaelland made the trip to OB on the opening day of the new season, where a goal from Nuamah after just 3-minutes handed the visitors an early lead. The game was fairly tight and tense throughout but OB started to get stretched late on as they pushed for an equaliser which allowed Schjelderup to score a second for Nordsjaelland, wrapping up a 2-0 victory.

Brondby: Carl Bjork and Kevin Mensah could both miss out this weekend through injury.

Nordsjaelland: the visitors have a clean bill of health and no suspended players ahead of the trip to Brondby.

FAQ for Brondby vs Nordsjaelland 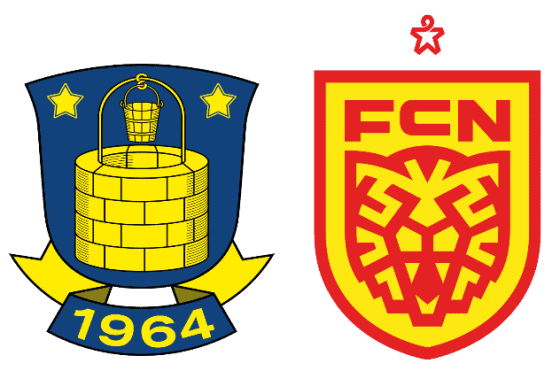