Brondby qualified for the Conference League via their 4th-place finish last season and to start the latest Superliga campaign they play host to an AGF side that only just escaped relegation. SonderjyskE and Vejle got relegated in the end but AGF only finished one place and 1pt above the relegation places and their fans are bound to be nervous heading into the 2022/23 campaign.

There is a good chance that we will be treated to goals at both ends of the pitch this weekend as that has been the way each of the last seven meetings between these two clubs have ended. Both teams have also scored in three of Brondby's last five matches while each of AGF's last three games have also witnessed goals being scored at both ends of the pitch, adding further weight to our prediction.

Everything you need to know about Brondby vs AGF

Brondby the favourites to beat AGF this weekend

Brondby ended up 4th last season, just missing out on 3rd-place to Silkeborg by a single point. While Brondby defended well enough last season, they did lack goals and that is something they will be looking to address in the 2022/23 season.

AGF were very lucky to avoid relegation last season, finishing just a point ahead of Vejle. Goalscoring was the biggest issue for Sunday's visitors and could be their downfall this season as well.

Brondby: Andreas Maxsö and Kevin Mensah will miss out this weekend through injury.

AGF: Oliver Lund is the main injury concern for the visitors. 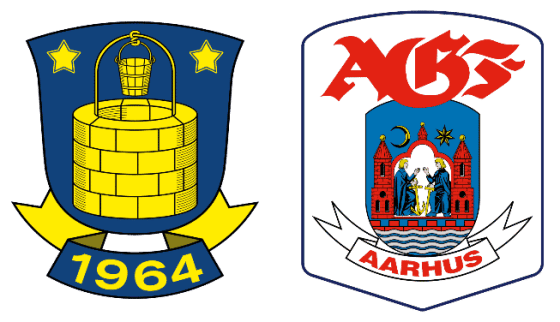