Bristol City vs Middlesbrough: Check out our betting tips

Middlesbrough are trying to lock down their place in the Championship top six at the moment and will be hoping for another three points when they visit Ashton Gate. Will they get them? Find out with our Bristol City vs Middlesbrough match preview with free tips, predictions and odds mentioned along the way.

Yeah, we start our predictions with a Middlesbrough win and, quite frankly, we can't see another outcome. Bristol City have been poor of late with just one win in their last five games. Middlesbrough meanwhile have looked very good albeit they've drawn two of their last four. Of course, context is key and those draws came away at QPR and away at Old Trafford in a game that saw Boro knock Man United out of the FA Cup on penalties. Look a bit longer term and Middlesbrough have lost just one of their past 10 matches with seven wins completing their form guide. They've already beaten Bristol City once this season and we see it being a double here.

We might be backing Middlesbrough to win the game but we don't think they'll have it all their own way. Bristol City have scored – and conceded – in each of their last five games. Middlesbrough meanwhile have seen both teams score in each of their last three whilst they have only managed to keep one clean sheet in their last eight games. Throw in a head to head record that shows both teams scoring in four of the last five meetings between the pair and there are very few stats that counter our logic.

For a long time Bristol City had their sights set on the Premier League; it looks miles away now and if they lose here then they'll have given Boro six points this season in their quest to make it back to the big time.

Bristol City have endured a turgid campaign to date. Nothing they do between now and May will change much in terms of how their season is perceived. What it could do is shape the mood ahead of next season. A win over a playoff contender would be a morale boost for sure.

It wasn't all that long ago that the top six looked somewhat out of reach for Middlesbrough but returning players and a new manage bounce has seen their season transform. It could get even better with a win here. 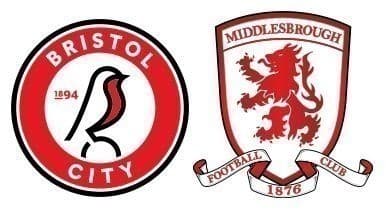