Cardiff have made a really strong start to the new season. Can they continue that as they make the short journey to Bristol? Find out with our Bristol City vs Cardiff match preview with free tips, predictions and odds mentioned along the way.

Bristol City have improved over the last few weeks and we think they'll win again here. They are now unbeaten in three games having won two and drawn one. Cardiff meanwhile might have had a good start to the season but have now lost two of their last four games. On top of that, Bristol City have won three of the last four head to head matches. They'll make it four from five here.

Our second tip for this game is that Andreas Weimann will score. At the time of writing, he is the Championship's leading scorer and, including the EFL cup first round, he has four goals in his last five games. On top of that, he netted last time these two sides met meaning he has history of  breaking Cardiff hearts.

Who will soar highest, the Robins or the Bluebirds?

Both of these sides have made reasonable starts to the season, which will be a big relief to both after spending at least part of last season flirting with the relegation group down near the foot of the table. With another three points up for grabs here, the winners will really be sending a message that they're not going to be struggling the same way this year.

Bristol City had a wobbly start to the season but they've put that behind them now with three decent results on the spin; that means there is plenty of positive vibes around Ashton Gate right now. If they can bag another win here then the fans will be buzzing with the turnaround. Mark Sykes will miss out though after being sent off last time out.

Cardiff were woeful last season but they have already made that nightmare feel like a distant memory given the manner the Bluebirds have started this season. Anything but defeat in the west country would be seen as another positive so it will be interesting to see how they set up. An unchanged side from their game at West Brom wouldn't surprise us.

A quickfire FAQ on Bristol City vs Cardiff 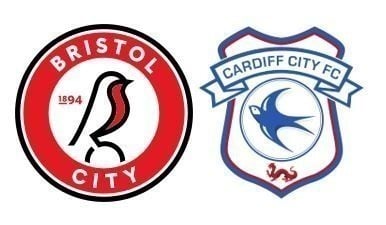