Brentford have a decent record against Aston Villa over the years and managed to earn a point in the pair's reverse Premier League fixture back in August but the hosts could be without a number of first-team players this weekend and Aston Villa look a changed team under the guidance of Steven Gerrard.

Brentford have lost four of their last six matches in all competitions and have failed to score in each of those defeats, which includes their last two league games. Aston Villa have won three of their last six outings in the league, only losing of late to the likes of Man City, Liverpool and Chelsea. The visitors secured a 2-0 win in their last away game against Norwich and have looked much better on the road since Gerrard became the manager.

In terms of a final scoreline, we're backing a 2-1 win for Aston Villa as that has become a popular scoreline since Gerrard took over the vacant manager's position. Three of Aston Villa's last six matches have ended in 2-1 scorelines and only once have either Aston Villa or one of their opponents scored more than two goals in their last six outings. Brentford's last six matches have also only produced a maximum of two team goals for either side and we're backing the home side to score in this game as Aston Villa have only kept one clean sheet in their last six attempts.

Everything you need to know about Brentford vs Aston Villa

Aston Villa aiming to bounce back from defeat

Brentford played host to the champions-elect Man City on Wednesday night where despite giving a good account of themselves, the Bees ultimately lost the game. Man City took the lead in the 16th-minute and many expected the floodgates to open from that point on. However, Brentford held firm and remained in the game all the way to the final whistle, but couldn't carve out an equaliser.

Aston Villa took the lead at home to Chelsea against the run of play when James headed past his own goalkeeper from a whipped-in cross from Targett. Chelsea equalised before the break when Cash gave away a silly penalty and in the second half the visitors introduced Lukaku from the bench who scored and won a late penalty to gift Chelsea a 3-1 victory. 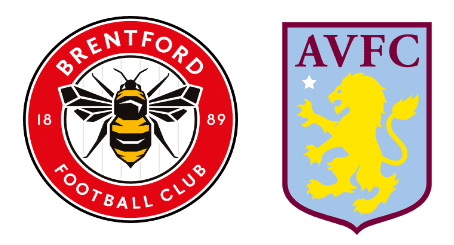