Newly-promoted Bournemouth start their Premier League campaign at home against Aston Villa where Scott Parker will be hoping to get off to a winning start. Steven Gerrard started his time at Aston Villa well but his side fizzled out towards the end of the season, losing more games than he managed to win in the end, so it will be interesting to see how he gets on in his first full season in charge.

You often see one of the newly-promoted clubs causing an upset on the opening weekend of a new Premier League season and we're backing Bournemouth to avoid defeat against Aston Villa on Saturday. The Cherries have actually won their last three games against Aston Villa each of which have produced a scoreline of 2-1, and we could see this game ending in a 1-1 draw or a 2-1 win for the hosts.

There is a good chance that we will see both teams score on Saturday, given the fact that both teams like to play open, attacking football. Four of the last five meetings between the two clubs have ended with both sides getting on the scoreboard, while three of Bournemouth's last four outings and three of Aston Villa's last six fixtures have also seen both teams score.

Can Bournemouth upset the odds and get off to a winning start?

The Cherries haven't had cash to splash this summer but they did spend around £11m on Marcus Tavernier from Middlesbrough who impressed in the Championship last season. Joe Rothwell and Ryan Freericks have joined on free transfers from Blackburn and West ham respectively but it looks likely to be a long, hard season for Scott Parker's men.

Aston Villa brought in Brazilian centre-back Diego Carlos from Sevilla for £27.90m, while Coutinho made his permanent move from Barcelona for £18m. Boubacar Kamara is one to watch out for this season having made a free transfer move to Villa Park from Marseille and a lot is expected from the defensive midfielder.

Bournemouth: David Brooks, Joseph Rothwell and Ryan Fredericks could all miss the opening game of the season.

Aston Villa: Kortney Hause is the main injury concern for the visitors ahead of their trip to Bournemouth.

Your Questions for Bournemouth vs Aston Villa 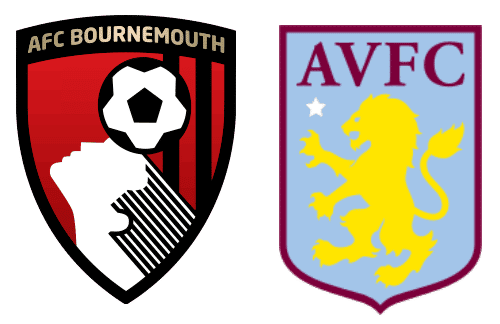