Borussia Monchengladbach take on the challenge of Augsburg in Round 22 of Bundesliga action. Both sides find themselves within one point of each other and need the win in their relegation battle.

Adi Hutter will be desperate for Borussia Monchengladbach to get a win over direct relegation rivals Augsburg. Markus Weinzierl will have similar aspirations but it looks unlikely they will have their wants fulfilled. We see them cancelling out each other's efforts, as has happened in two of their last five outings. It was the case the last time the Fuggerstadters arrived at Borussia Park and we believe they will settle for a share of the spoils in this meeting as well.

Four of the last five duels between Borussia Monchengladbach and Augsburg have seen the BTTS come true. This has been the case in the Colts last seven successive fixtures and the trend looks unlikely to stop now. Augsburg will come to Borussia Park in search of points and will feel confident in the fact that they have scored in each of their last five away trips. Gladbach has conceded 13 goals in their last five home fixtures and Augsburg picked the ball out of their net nine times in the same amount of away fixtures.

Borussia Monchengladbach vs Augsburg: Check out the best odds and the latest stats

Borussia Monchengladbach vs Augsburg: Check out the team lineups

While Marco Rose leads Borussia Dortmund to second-place in the Bundesliga, Borussia Monchengladbach suffer under his replacement Adi Hutter. It has been a season of constant struggle where Gladbach have failed to get over the line due to their defensive wobbles. The Colts have lost their last four home fixtures and will be troubled by Augsburg in this six-point relegation affair.

Greuther Furth are leading the relegation battle but the other two sides are undecided. Stuttgart occupies the other automatic relegation slots while Augsburg has the ignominy of sitting in the demotion lottery. With five teams within three points, nothing can be said with certainty. The Fuggerstaders claimed their fifth win of the campaign last weekend and will go into this fixture with confidence.

Questions About Borussia Monchengladbach vs Augsburg 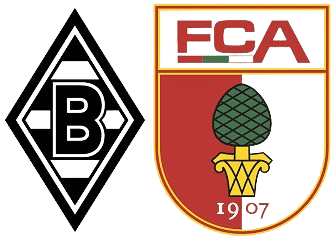 Where is the game being televised? Sky Bundesliga, Tivibu Spor, and Viaplay.

Who are the players to watch out for? Jonas Hofmann (Borussia Monchengladbach) and Michael Gregoritsch (Augsburg).