Bologna have little left to play for this season as they are safe in mid-table but Wednesday's hosts could still play a huge role in the Serie A title race. Inter Milan make the trip to Bologna looking to make the most of their game in hand over local rivals AC Milan with a win that would take them back to the top of the table.

We're expecting this game to be tight and tense throughout as there is a lot at stake for the visitors, so we're backing under 2.5 goals to be scored. Fewer than three goals have been scored in five of Bologna's last six outings in Serie A while three of Inter Milan's last five league games have also produced under 2.5 goals, so you can see why we're backing this game to be low-scoring.

All you need to know about Bologna vs Inter Milan

Bologna might have had the home advantage against Udinese at the weekend but they didn't make it count. Hickey put the hosts in front in the 6th-minute but Udinese equalised and the pair went in level at the break. Udinese then took the lead a minute after the restart for the second half and despite Sansone equalising for Bologna just shy of the hour mark, the hosts failed to carve out an equaliser and the game ended 2-2.

Inter Milan played host to Roma last time out where the home side put in a dominating display. Full-back Dumfries fired Inter Milan in front on the half-hour mark and 5-minutes before the break, Brozovic made it 2-0. Inter Milan ended any hopes of a Roma comeback early in the se4cond forty-five when Martinez made it 3-0. Roma did manage to pull a goal back late on but it had no effect on the end result.

Bologna: Arnautovic and Michael are the main injury concerns for the hosts.

Inter Milan: Arturo Vidal could miss the trip to Bologna due to a sprained ankle. 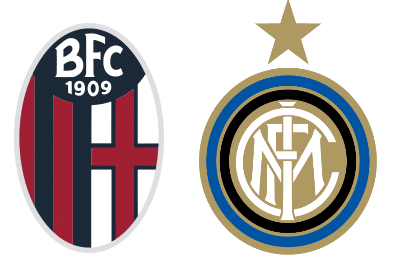