The final match of Bundesliga Round 18 pits together Bochum and Wolfsburg. Both sides have been struggling to put together results, the visitors more than their hosts.

Bochum overcame their poor start with a series of positive results. It seems they are back on their former ways with two defeats in succession. They can overcome this against Wolfsburg, who are going through the turmoil of their own. Die Wolfe have lost five matches in succession and look out of sorts. With their back against the wall, we are backing an unlikely away win given their hosts personal poor form and their H2H record against them. Three of their last four duels have finished in favour of Wolfsburg and that should be the case against on Sunday night.

The meeting between Bochum and Wolfsburg will be decided by fine margins. Both sides have struggled across the pitch, more at the back than in front. Die Unabsteigbaren have conceded seven goals in their last five outings, which pales in comparison to Die Wolfe's 15 goals allowed. With nine goals scored between them in this period, their attacking output is questionable, hence out punt on Under 2.5 total goals.

Bochum vs Wolfsburg: Check out the best odds and the latest stats

Bochum vs Wolfsburg: Check out the team lineups

Die Unabsteigbaren did not allow their rivals to have their way at the Vonovia Ruhrstadion last season. The same cannot be said about them this season as they struggle to find their place in the German top-flight football. It is not their defensive ailments that have hurt them but their inability to get of of the gutter. With just 16 goals to their name, they need to start scoring much more regularly to avoid further relegation complications.

The transition from Oliver Glasner to Mark van Bommel went smooth until it wasnt. Die Wolfe were amongst the leading lights on the points table before the November international break. Nothing has gone according to the plan since, going winless in nine competitive fixtures. They have lost five of their last six Bundesliga fixtures, drawing the remaining.

Questions About Bochum vs Wolfsburg 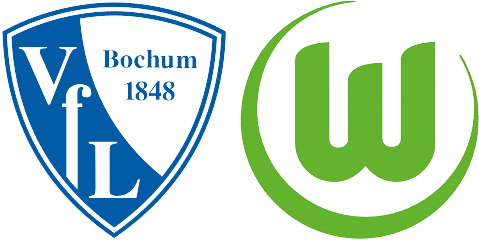 Who is the player to watch out for? Wout Weghorst (Wolfsburg).