Top free betting tips and odds for Bochum vs Leverkusen

Leverkusen aims to stay consistent with the recent wins when they visit VfL Bochum for their next Bundesliga engagement. Die Unabsteigbaren looks to find the winning momentum of home games, following their last home defeat.

Both teams enter the field after two consecutive wins, however, Bochum lost two of the last three league outings. In contrast, the Company’s Eleven registered three victories in the last five Bundesliga outings. Die Unabsteigbaren has also been lagging in their recent home attempts, losing three of the previous five. Adding more, the hosts were defeated in two of the recent three H2Hs at their home. So we would be backing Die Werkself to take their chances once again against Bochum.

Bochum vs Leverkusen: Check out the best odds and the latest stats

Bochum vs Leverkusen: Check out the team lineups

Ending their losing sequence, Die Unabsteigbaren succeeded in the last game playing away from home against Hoffenheim by a score of 2-1. Bochum has got ten victories in the 28 games of the season, along with five draws, and stands at the eleventh position in the points table. The club manager will be without three players of the squad, being out of the game through being injured.

The Company’s Eleven are making continuous improvements to stay in the top three of the table, getting a combined 15 wins out of 28 rounds of the campaign. Leverkusen defeated Hertha Berlin in the last game with an early lead of 2-1 in the first half. Five players on the team are having injury concerns and won’t be able to play the game.

Questions About Bochum vs Leverkusen 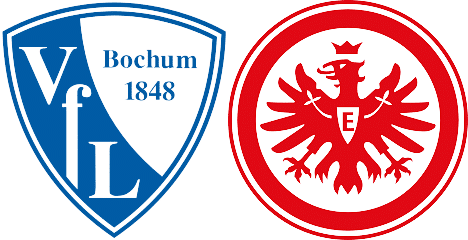 Who won the last h2h? 1-0 in favour of Bayer Leverkusen.

Where is the game being televised? BeIN Sport, and DAZN Deutsch.