Borussia Monchengladbach gave VfL Bochum their first defeat in four matches. Die Unabsteigbaren will want to get back to winning ways against the odds as TSG 1899 Hoffenheim pay them a visit.

Here are our predictions for Bochum vs Hoffenheim.

Thomas Reis would have been confident in securing Bundesliga safety after claiming two league wins in a row. Die Unabsteigbaren were brought back to humble standings as they suffered a 2-1 defeat to Borussia Monchengladbach. Hoffenheim will have similar designs for them as they look to secure their fourth win in five matches. Only Bayern Munich defeated them in this period and we are expecting Sebastian Hoeness' charges to continue their winning form.

Four of Hoffenheim's last five fixtures on the road have seen at leat four goals on offer. For Bocum, the stats board reads three in the same amount of home outings. With both teams seeing high number of goals in their outings, the Over 2.5 total goals prediction for this fixture should come to fruition.

The last two times Hoffenheim made the trip to the Vonovia Ruhrstadion, out scored their rivals four goals to Bocum's three. We are anticipating the trend to continue as both teams have picked up their scoring return in recent weeks. Hoffenheim have sent 11 strikes against their rivals while Bochum's modest tally of four has allowed them two wins.

Bochum vs Hoffenheim: Check out the best odds and the latest stats

Match Preview of Bochum vs Hoffenheim: Reis ushers his charges to close in on Hoeness and co.

Bochum are fighting for their life after a woeful start to the campaign. Two wins in their last three outings has given them hope and Thomas Reis will want his charges to ensure they cling on to hope. The importance of defence will not have been wasted on Bochum, who got out of the relegation zone thanks to their two clean sheets in succession.

On the other hand, Hoffenheim will be confident in their abilities as they make the trip to the Vonovia-Ruhrstadion. They have registered three wins in four matches, losing out to champions Bayern Munich in this period. Nevertheless, Sebastian Hoeness will not undermine Bochum, who came close to a stalemate against Borssia Monchengladbach on the road.

Questions About Bochum vs Hoffenheim 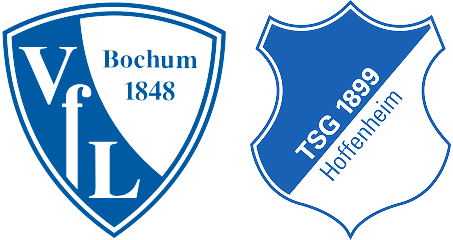 Who won the last h2h? 1-0 in favour of Hoffenheim.

Who are the players to watch out? Bochum vs Hoffenheim.

Where is the game being played? Bochum vs Hoffenheim.

Which team is the favourite to win? Bochum vs Hoffenheim.