Blackburn vs QPR: Check out our betting tips

Both of these teams should be nailed on for the playoffs but both are doing their best to blow it. Will either take maximum points when they meet on Saturday? Find out with our Blackburn vs QPR match preview with free tips, predictions and odds mentioned along the way.

Blackburn might have blown their chance at putting real pressure on the likes of Fulham and Bournemouth at the summit of the Championship table but their home form remains very strong; they lost last time out at Ewood Park but were seven unbeaten before that with six wins and a draw. QPR meanwhile have been struggling for form on the road; their last three away games have all ended in defeat whilst their record at Blackburn is very poor; they've lost on their last four visits to Ewood Park and have drawn just twice in their last 10 trips there.

We've just touched on a good home run for Blackburn and a key part of that has been their defensive solidity; they've kept five clean sheets in their last eight matches at home. QPR meanwhile have blanked in each of their last three away games. The reason we're going for a BTTS ‘no' bet rather than a home clean sheet though is because of QPR do grab a result then it may well come through them shutting out Rovers; the last three home games in which Blackburn dropped points have seen them fail to score.

Here are the key stats & form guide for Blackburn vs QPR

This fixture could well be repeated in the playoffs come May but, if that's to happen, both sides will need to get back to consistently churning out wins. Whoever lands victory here will move much closer to nailing that top six spot.

Blackburn haven't had an amazing time of late but their home form remains good; at least it will if they can bounce back from defeat last time out at Ewood. With QPR visiting, they could send a real message to other teams in the chasing pack.

QPR find themselves in a very similar situation to Blackburn; at times the top two looked a realistic target but now it's all about securing a top six finish. As with the hosts, a win here would be a mighty boost to their chances. 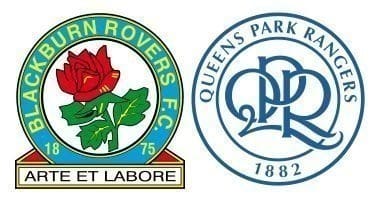