Blackburn don't have long to put themselves back in the playoff places. Can they get a win here? Find out with our Preston vs Blackburn match preview with free tips, predictions and odds mentioned along the way.

Both teams to bang in goals

Preston and Blackburn have met a few times in the last seven years, and most of those encounters saw goals at both ends; in 11 clashes between these two, both teams scored eight times. Additionally, we would like to mention that both teams have not been able to keep the goals out recently; Preston kept just one clean sheet in their last six games, while Blackburn conceded in all of their last seven games. Considering both teams scored in four of Blackburn's last six games, both teams should find the net.

Here are the key stats & form guide for Preston vs Blackburn

Preston vs Blackburn: Let's look at the predicted lineups

Both Preston and Blackburn have spent time in and around the playoffs this season but now it's highly possible that neither will finish in the top six. In fact, if Blackburn lose here, the two of them may well not even be mentioned in connection to the top six again this season.

Preston's three match unbeaten run ended with a 3:0 loss against league leaders Fulham; they now have two wins, a draw and two losses in their last five games. Ryan Lowe's men don't have much left to play for, as they can't get promoted or relegated; however, they'll fancy their chances against a struggling Blackburn side.

A quickfire FAQ on Preston vs Blackburn 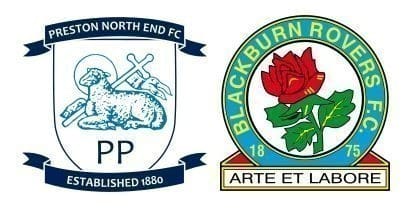