This match sees third take on sixth as both clubs look to cement their places in the playoffs. Who wins? Find out with our Blackburn vs Middlesbrough match preview with free tips, predictions and odds mentioned along the way.

You could say we are sitting on the fence but, in truth, we just think these two will cancel each other out. Blackburn lost at Hull last time out but their home form is very good with four wins and a draw from their last five. Middlesbrough though are enjoying life on the road at the moment so won't be easily beaten; the Teesiders are unbeaten in five away games having won three and drawn two. In addition to current form, we have the head to head record to consider as well. The last clash between the pair ended 0-0 and you have to go back to 2004 to find the last time the final whistle saw more than the solitary goal between them; that's proof enough this should be a tightly contested affair.

We've already touched on the strong form both sides are showing in their respective home and away fixtures. Well, the same fixtures have been serving up goals for both Blackburn and Middlesbrough too. Blackburn have gone over 2.5 in three of their last five at home with Boro managing the same in their away games. It means our over 2.5 tip is in the balance but that's the value bet for our money.

Check out the key stats & form for Blackburn vs Middlesbrough

Blackburn and Middlesbrough are both looking good for a top six finish yet neither are tipped by the bookies to actually win promotion. This game might be a good yardstick by which to measure their potential of going all the way.

After a run of just one loss in 12, Blackburn now find themselves having won just one of their last four in all competitions. If they're serious about fighting for automatic promotion, they need to get back to churning out wins. This won't be easy but it could be a big statement.

Middlesbrough are further back in the standings than Rovers but the deal is similar. A win over a fellow top six side would be a huge boost both in terms of maths and mentality that they can nail down a playoff spot. Can they get the job done to keep their good run going?

A brief FAQ ahead of Blackburn vs Middlesbrough 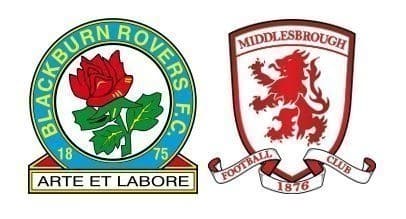