These mid-table clubs will face each other on Saturday and we will give you our top betting tips and predictions for the fixture.

After analyzing the data and statistics, our betting experts came up with the following predictions & Championship free tips.

Keep in mind that you need to double-check all odds before placing any wagers to make sure they are the same. Our recommended bookmaker for this match is Ladbrokes.

Neither Blackburn nor Derby have the best Championship form, but 60% of Derby's last ten games are losses, while for the same amount of games Blackburn has 40% losses. Both teams dominate in the drawing department, especially Blackburn, but we believe that this match will be different considering 70% of their opponents’ away games are losses.

Blackburn has scored an average of 2.4 goals per game in the Championship, while Derby has an average of 1.9 goals scored. Both stats are under 2.5 goals and we don't believe that many goals would be scored in the game.

60% of Derby's last ten games ended up without a scored goal by the Rams. Blackburn's last ten home games ended with goals scored by the Rovers in 60% of the games.

Let's check out the most recent club match histories and head-to-head stats below.

Both teams are low in the Championship table, but safe from relegation to League One at the same time. Blackburn has a better shot at winning and scoring in the game because their last head-to-head in September 2020, ended with a win for the Rovers, among other reasons.

Despite the last match the clubs played against each other we don’t believe that the game would be high-scoring – Blackburn's Adam Armstrong might be third with twenty-one goals in the Championship, so you might want to watch him, while on Derby's side the top scorer is Colin Kazim-Richards with seven goals. 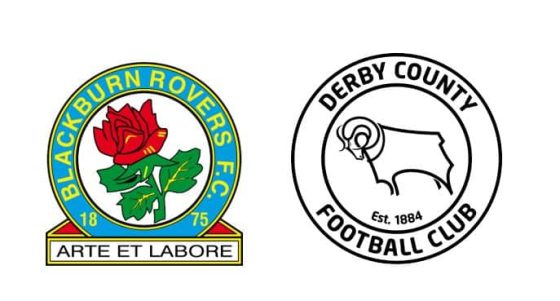 Popular FAQs About the Blackburn vs Derby Fixture