Here we have the deadest of dead rubbers as two former Premier League lock horns before heading off into the summer. Who will come out on top? Find out with our Birmingham vs Blackburn match preview with free tips, predictions and odds mentioned along the way.

Birmingham have not exactly enjoyed the best form recently; they have no wins in their last five games, and have managed just one win in their last nine games. To be fair, Blackburn have not done much better either; they are coming off a loss, with just one win in their last seven games. However, it's important to note that Blackburn have had Birmingham's number in recent years; they've won all of the last three encounters between these two, scoring 11 goals and conceding just twice. Additionally, the reverse fixture of this tie ended in a 4:0 win for Blackburn; with this in mind, we're making the prediction that Blackburn will take all three points from this game.

Here are the key stats & form guide for Birmingham vs Blackburn

Birmingham vs Blackburn: Let's look at the predicted lineups

These sit at different ends of the table with Birmingham escaping a relegation battle owing to others being deducted points whilst Blackburn slipped out of the playoff race towards the season end. It means this game means nothing so will they play like two teams with the handbrake off?

Birmingham have had an abysmal run in the past couple of months; they are without a win in their last five games, with two draws and three losses. Lee Bowyer's men will host Blackburn at the St Andrew's Trillion Trophy Stadium on Saturday; they'll hope to snap their unwanted streak with a win.

Blackburn are coming off a 3:0 loss at home to Bournemouth; they lost three of their last four games, and have just one win in their last seven games. As a result of their poor form, Blackburn dropped from fourth to ninth on the Championship table, missing out on the promotion playoffs; they'll hope to end their Championship campaign with a win.

A quickfire FAQ on Birmingham vs Blackburn 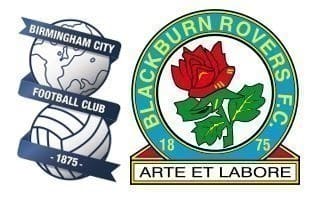