One of the derbies of the round in Championship is the Birmingham vs Fulham duel, so we have prepared a preview of this game just for you, along with some of our free betting tips.

Our top predictions and betting tips for Birmingham vs Fulham

If you can't decide on the right bet for the Birmingham vs Fulham duel, check our favourite betting tips for this match right here:

After a great start to the season, Fulham had a slip up in the last round against Blackpool. So, they'll be looking to get right back to the winning track against Birmingham, and we expect them to do so. After all, Fulham won four of the last five head-to-head meetings against Birmingham, so our prediction is for Fulham to keep the tradition going and get another win in this match.

Only one of the last five h2h duels between these two teams have gone over 2.5 total goals, so we expect this match to be in the low-scoring category as well. Furthermore, Birmingham only averaged 2.00 goals per game so far in Championship, while Fulham is a bit better with an average of 2.83 goals per game in the season. Still, this one should go under 2.5 total goals since it's a very important duel for both teams.

Aleksandar Mitrovic to Score at Any Time

The Serbian striker and one of the best goalscorers in the history of Fulham and Championship is in great form at the start of the season, both for the team and for his country. In the first six matches in Championship, Mitrovic scored four goals and assisted twice. So, if anyone is going to score for Fulham on Wednesday, Mitrovic is the main candidate and our pick.

The best odds and helpful stats for Birmingham vs Fulham

If you are looking for the best odds for Birmingham vs Fulham, check our selection of odds taken from some of the UK's top betting sites:

Birmingham vs Fulham preview: Can Fulham get back to winning?

With just one loss in the last five matches, Birmingham is in a very good form at the moment. Overall, the team has three wins, two draws, and one loss in the first six games and they are currently sitting in the ninth place in the standings. While Birmingham is not among the favourites to get promoted, the good start will certainly make the fans happy. In addition to this, the team is currently free of injuries and suspensions.

After a very hot start in which they won four games and drew once, Fulham disappointed in the last round in which they lost to struggling Blackpool. Still, the team is currently third in the standings and they are definitely one of the main favourites to get into the Premier League next season. However, Cairney and Kongolo are out of the next match due to injuries, while Tete and Wilson are under question. 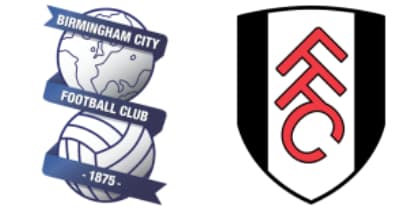