Top free betting tips and odds for Bochum vs Bielefeld

Bochum welcome the relegation-threatened Arminia Bielefeld in the next Bundesliga meeting on Friday, 6 May. Die Unabsteigbaren are winless in the last four home league attempts.

Away win for Arminia Bielefeld

Arminia Bielefeld are on a streak of nine winless matches, losing seven of them. On the other hand, Bochum got a surprising victory in the last game against Dortmund and has played three undefeated games in the recent five attempts. Die Unabsteigbaren are also yet to lose a hosting H2H against the Blues from the past three meetings, winning one of them. Given this, we don’t see Die Arminen having a comeback in this game and are likely to give the lead to the opposition.

Bochum were lagging in their offensive touch but recovered to score four goals in the last meeting. The hosts will also be confident in this regard over the flow of goals in the recent three hosting H2Hs. However, Arminia Bielefeld has been terrible in the previous visits and couldn’t score in five of the last six. So we consider only Die Unabsteigbaren getting on the score sheet of this game.

Bochum vs Bielefeld: Check out the best odds and the latest stats

Bochum vs Bielefeld: Check out the team lineups

Die Unabsteigbaren finally broke their resistance and won over the second, Dortmund with a 3-4 score. With the help of 11 wins and six draws, Bochum are at the eleventh position in the standings with 39 points. Danilo Soares is having hip problems while two other players can’t be considered for this game due to suspensions.

The last-minute equaliser from Joakim Nilsson helped the Blues to secure one point at the end against Hertha Berlin. But  Arminia Bielefeld has confirmed only five wins in the 32 rounds, losing 15 of them and currently stands at the second-last position. Cedric Brunner and Fabian Klos will miss out on the game due to fitness concerns.

Questions About Bochum vs Bielefeld 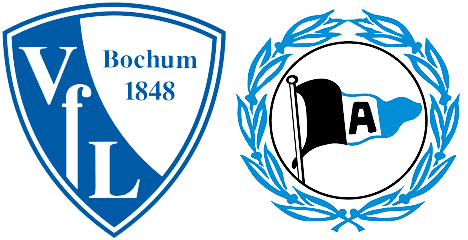 Where is the game being televised? Arena 4, DAZN Deutsch, Sky Sports Mix (UK/Irl), and Viaplay.

Where is the game being played? Vonovia Ruhrstadion (Bochum).