Belgium vs Estonia: Our top tips

All to easy for Belgium

When we usually justify our tips we commonly look at recent form but that's not actually a great measure for this substantial handicap bet. Why? Well, Belgium have only won three of their last five games with the three victories seeing a high score line of 3-0. The issue you have is that those games have all been against considerably better teams than Estonia. Estonia, who have won just two in their last 10 away games don't have fond memories of travelling to Belgium; last time they did they got hit 8-1. Belgium out the same amount last Belarus in March. All things considered, a minus three handicap is very much possible.

This is another tip that's a little out there. Of course, Estonia could easily rock into Belgium and fail to score but we try ink there is serious value on the ‘yes' side of the BTTS market. Belgium have conceded in three of their last five games with the reverse of this fixture seeing Estonia score twice. Of course, Belgium carry a substantial goal threat going the other way. They've scored in all of their last five. Estonia have netted in three of their past five.

At least four goals will be seen

Last but not least we have an over 3.5 goals bet meaning we need at least four goals in the match. Only one of Estonia's last five have gone over that threshold with Belgium's last five only going beyond the 3.5 mark twice. The biggest takeaway you need to remember is that one of those games was a seven goal encounter that Belgium won 5-2. In the last five years or so we've also seen an 8-1 and, a tad further back, a 3-2 played out between the sides. It all points to goals.

Find the best odds for Belgium vs Estonia

Belgium won't just be content to make it to Qatar but they'll have eyes on doing something at the Finals too; it's almost the last roll of the dice for their so-called Golden Generation. With players like Eden Hazard, Kevin de Bruyne and Romelu Lukaku on the squad it's fair to say Estonia won't be relishing them match ups. In fact, Estonia will be piling all their eggs in the goalkeepers basket; good luck, Matvei Igonen – you might need it.

FAQ on Belgium vs Estonia 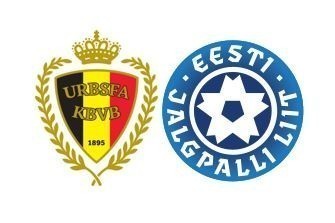