Bayern Munich take on Wolfsburg at the Allianz Arena in the Bundesliga on Sunday, August 14th. Die Roten are favourites to clobber Wolfsburg in Munich. Read our free predictions and find the latest odds for the fixture below in our detailed match preview.

Goal-hungry Bayern Munich go in search of yet another victory when they take on Wolfsburg on Sunday. Read our top predictions for this weekend’s fixture below.

Bayern Munich have looked frightening in the final third in the early exchanges of the new domestic season in Germany. Die Roten whacked five goals past RB Leipzig in the Super Cup before putting six past Eintracht Frankfurt in their opening test of the Bundesliga campaign. The champions have multiple ways to hurt teams and they look like scoring buckets whenever they play. Bayern won 4-0 when Wolfsburg last visited the Allianz Arena and they are worth backing to cover the -2.0 handicap again on Sunday.

Summer signing Sadio Mane followed up his Super Cup goal against RB Leipzig with another effort on his Bundesliga debut against Frankfurt and the ex-Liverpool man already looks at home in a different shade of red. Mane’s pace and close control should allow him to notch plenty in his maiden campaign with Bayern and we’re tipping him to add to his early tally with another strike against Wolfsburg.

Top Betting Odds and Stats for Bayern Munich vs Wolfsburg

Check out our list of the top stats for Sunday’s match below alongside a tool to help you choose the best odds.

Read all of the latest injury updates and team news for Sunday’s Bundesliga clash between Bayern Munich and Wolfsburg below.

Leon Goretzka, Eric Chuopo-Moting and Bouna Sarr are all still out for Bayern, while Paul Wanner is considered a doubt. The champions let Ryan Gravenberch, Leroy Sane, Noussair Mazraoui and Matthijs de Ligt on the bench last weekend and all four players will hope to start on Sunday.

Wolfsburg will be without defender Kilian Fischer and midfielder Yannick Gerhardt for their trip to play Bayern on Sunday. Die Wolfe had to come from behind to claim a point at home to Werder Bremen last weekend and they might make some changes to their XI to spark a better performance in Munich. 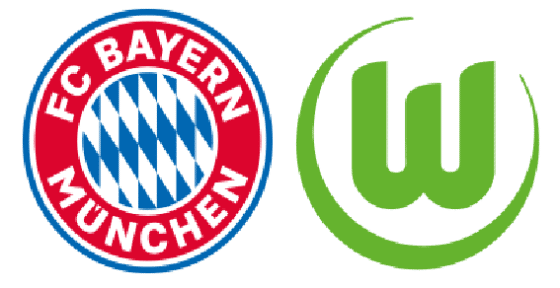 Bayer Munich and Wolfsburg drew 2-2 when they last met back in May.

The Allianz Arena will host Bayern Munich’s tussle with Wolfsburg on Sunday.