Over 1.5 First Half Goals

Union Berlin and Bayern Munich meet at the Stadion An der Alten Försterei in the Bundesliga on Saturday, September 3rd. The division’s top two face off in the capital this weekend. Read our free predictions and find the latest odds for the fixture below in our detailed match preview.

Union Berlin and Bayern Munich put their unbeaten records on the line when they face off in the Bundesliga on Saturday. Read our top predictions for this weekend’s fixture below.

Both Union Berlin (2nd) and Bayern Munich (1st) have been setting the standard in the opening weeks of the new Bundesliga season, pocketing ten points each from the first 12 on offer and both teams should be supremely confident ahead of their clash on Saturday. The champions have been running up big numbers in the final third, though their haul of just two clean sheets from five competitive assignments this term suggests they can be troubled defensively by a Union side that put six goals past Schalke last week. Saturday’s game has all the makings of an entertaining tussle and bettors are advised to back both teams to register.

Over 1.5 First Half Goals

With 11 goals notched before the interval this season, Bayern Munich are the Bundesliga’s top first half scorers so far, though Union are placed behind them for that metric alongside Hoffenheim, both of whom have hit six first half goals each. In last season’s two encounters between Union and Bayern, the net rippled at least twice before the break on each occasion and we’re tipping that trend to continue at the Stadion An der Alten Försterei on Saturday. Both teams will be going for the jugular in the capital, so expect to see lots of early action.

Check out our collection of the best stats for Saturday’s contest below alongside a tool to help you choose the juiciest odds.

Read all of the latest injury updates and team news for Saturday’s Bundesliga clash between Union Berlin and Bayern Munich below.

Union Berlin have few injuries to trouble them at present. Defender Timo Baumgartl is expected back later this month, as is midfielder Fabio Schneider. Union produced a scintillating display to beat Schalke 6-1 in their last fixture.

Leon Goretzka is listed as Bayern Munich's only absentee at the moment, though the German international midfielder is inching towards a return from his knee injury. Bayern were held to a 1-1 draw by Gladabch last weekend despite mustering a staggering 20 attempts on target. 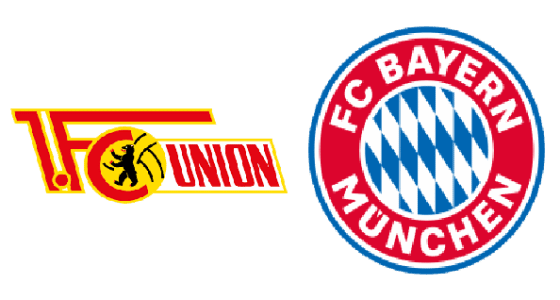 Which club is favourite to win the Bundesliga this season?

Bayern Munich are odds-on favourites to retain their Bundesliga crown this term.