A mouth-watering game between giants Barcelona and Juventus is all set to kick off on July 27, 2022. The Cotton Bowl stadium in Texas will be the location for this friendly. This will be a full preview of the game along with the best possible predictions on the lineups and potential areas where the game could be won or lost.

Barcelona continued their impressive form in pre-season with a 1-0 win over rivals Real Madrid in the recent friendly game. Summer signing Raphinha provided the only goal of the game with a sensational effort in the 27th minute. Juventus began their pre-season preparations with a 2-0 victory over Guadalajara with goals from Da Graca and Compagnon.

Barcelona have been playing some excellent football and they are slightly ahead of the curve in terms of fitness levels compared to Juventus. Even though both teams are likely to retain the same team that won the recent game, the Spanish games are likely to have the slight edge in fitness that will get them to a win.

The two teams have a great deal of attacking potential and this is especially true of Barcelona with the very Raphinha featured against Real Madrid. Juventus may still need a game or two to start hitting the best form in the final third.

Barcelona continue to strengthen the team ahead of the new campaign. Xavi has also brought in excellent results in pre-season including the recent win over Real Madrid. There were plenty of positives for the team with players like Raphinha producing good performances following their big-money arrivals.

Juventus’ decent start to the pre-season games is likely to be a positive for Massimiliano Allegri, whose team have a string of high-profile friendlies in the coming days. After the fourth-place finish in the Italian Serie A, Juventus are pushing for a positive campaign after having strengthened the squad significantly with the signings of players like Paul Pogba and Angel di Maria. Matthijs de Ligt is the main departure from the club this summer.

Barcelona: Xabi will make a late call on the possibility of Pierre-Emerick Aubameyang and Ousmane Dembele featuring from the start. Frankie de Jong may continue to be absent from the first team.

Juventus: Massimiliano Allegri may opt for Dusan Vlahovic and Leonardo Bonucci, who did not get action in the first friendly. Denis Zakaria could also be brought into the fold.

Top Stats and Recent Form ahead of Barcelona vs Juventus

Questions about Barcelona vs Juventus 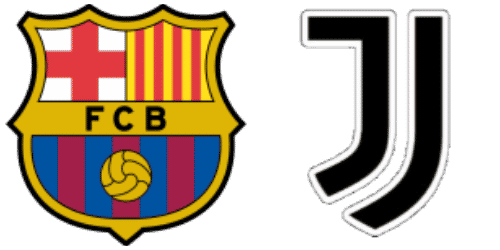 Where is the match scheduled? Cotton Bowl Stadium

Which team is the favourite to win? FC Barcelona