Azerbaijan might be the slight favourites to win this game but the hosts have only managed to secure 1pt from their opening seven World Cup qualifiers, while Luxembourg have 6pts on the board and currently occupy 3rd spot in Group A.

Here are our predictions for Azerbaijan vs Luxembourg.

Luxembourg have faced Azerbaijan six times before and are currently unbeaten in the pair's last five encounters, so you can start to see just why we're backing Luxembourg with a double chance bet. Luxembourg secured a 2-1 win against Azerbaijan in September's reverse group fixture and have picked up one win and one draw from their last five matches in all competitions, while Azerbaijan have lost five of their last six fixtures.

Both teams have scored in four of the last six head-to-heads between these two clubs and we're expecting more of the same on Thursday. Three of Azerbaijan's last five matches have featured goals at both ends of the pitch and none have ended in victory. Three of Luxembourg's last five outings have produced goals for both sides involved and the visitors haven't kept a single clean sheet in their last six attempts.

Three of the last six encounters between these two nations have produced over 2.5 goals and on each of those occasions, the scorelines have ended 2-1. Four of Azerbaijan's and three of Luxembourg's last five matches in all competitions have also witnessed at least three goals scored and we're predicting that at least another three goals will be scored on Thursday.

Everything you need to know about Azerbaijan vs Luxembourg

Azerbaijan go in search of the first win in Group A

Azerbaijan's last World Cup qualifier saw them make the trip to Serbia last month where a penalty on the half-hour mark put the home side in front. Azerbaijan did manage to go in at the break on level terms thanks to an equalising goal from Mahmudov in first-half stoppage-time but goals from Vlahovic and Tadic in the second forty-five saw Serbia run out 3-1 winners. Azerbaijan remain winless in Group A and their next match against Luxembourg represents their best chance of ending their winless run.

Luxembourg always knew a trip to Portugal was going to be gruelling and the end result was a 5-0 defeat in which Cristiano Ronaldo helped himself to a hat trick. Losing that game was never going to define Luxembourg's time in Group A as they have 6pts on the board and currently sit ahead of the Republic of Ireland in third spot. A win in Azerbaijan would set Luxembourg up for their greatest-ever finish in the World Cup qualifiers and already represents the progress being made by the country.

Luxembourg: the visitors will be without the services of Enes Mahmutovic, Lars Krogh Gerson, Chris Philipps, Vincent Thill, Daniel da Mota and Stefano Bensi this week. 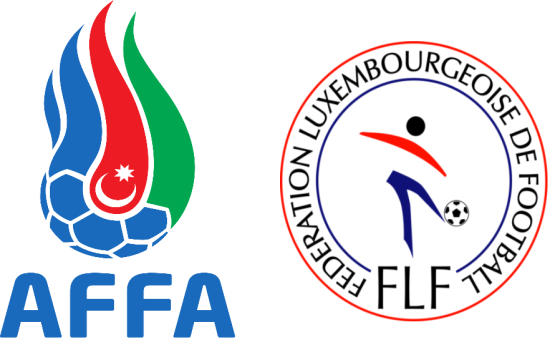