This is another friendly between two teams that already played each other in the WC Qualifiers, so we expect to see an interesting game. If you want to know more about the Austria vs Scotland duel, keep on reading and you'll also get some free betting tips for this match.

Our top predictions and tips for Austria vs Scotland

If you need assistance to find the best bet for Austria vs Scotland, check our top betting tips for:

Austria and Scotland to Draw

These two teams have played twice in the WC Qualifiers and both matches were very close. One of them ended in a draw, while Scotland won the other match.

With that in mind, we expect to see another hard-fought game between these two teams and we can easily see this game ending in a draw as well, especially since it's a friendly and neither team will mind much.

Austria and Scotland to Draw at Half Time

Since we expect this game to end without a winner, we can also see Austria and Scotland drawing at half time too. After all, that's often the case with games that end in a draw.

In addition to this, both of their duels in the WC Qualifiers have been tied at half time and we don't see why that can't happen again on Tuesday.

The best odds, stats, and more for Austria vs Scotland

If you are looking for the top Austria vs Scotland odds, take a look at our selection of odds from various betting websites:

This is a duel between two very similar teams when it comes to quality, so let's check them out in close detail.

After finishing fourth in their group in the WC Qualifiers, Austria managed to secure a spot in the playoffs through Nations League. So, they got a chance to try again, but they failed to do much better after losing to Wales in the playoff semi-finals. So, Austria will have to wait for the next World Cup and in the meantime they can play friendly matches.

The Austrian team has no injuries to worry about, but the team's coach Foda will likely make some changes to the team that lost to Wales in the playoffs.

The Scots are still in play for a spot at the World Cup in Qatar since their game in the playoffs against Ukraine was postponed indefinitely. So, Scotland will be in limbo in the meantime and their fans will hold on to hope. Until then, we will see some friendly matches played by the team to keep their form going.

When it comes to team news, Andrew Robertson could see the court in this game after missing the duel with Poland due to illness. Other than that, we can expect to see a very similar lineup.

The most frequent questions for Austria vs Scotland 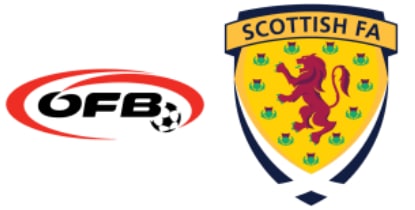