Round 10 of Bundesliga action brings together struggling Augsburg and Stuttgart at the WWK Arena. Both sides are hovering around the relegation slots and this fixture can potentially prove to be a six-point affair in deciding who stays up and who goes down at the end of the campaign.

Here are our predictions for Augsburg vs Stuttgart.

Defensive astuteness wins matches. So do goals in the opposition's third. Augsburg are lacking in both these departments. While Stuttgart has not set fire on the pitch themselves, they enter this fixture to continue their four-match unbeaten run. The Swabians have won the last two duels and we are backing them to repeat their heroics of last season.

While failing to score more than one goal this season in any of their Bundesliga outings, goals have flown in matches where Augsburg have participated in. This is due to their poor defensive output which has seen them concede at an average of two goals in each league affair. With Stuttgart scoring at an average of over 1.5 goals per match, we are expecting this to be a high scoring affair.

Duels between Augsburg and Stuttgart have usually seen clean sheets, as evidenced by the fact that both teams have scored only thrice in their last ten meetings. However, we are backing both sides to score based on their last two outings against each other, as they found space on the scoreboard. Couple this with the knowledge that Stuttgart's defence concedes as much as their attacking unit produces, and we should have both sides hitting the back of the net in this meeting.

Augsburg vs Stuttgart: Check out the best odds and the latest stats

After beating the drop last season, Markus Weinzierl will be concerned with how his charges are faring in the German top-flight football. Heading into the tenth round of action, they have won just once and have accumulated five losses already. Boasting of the third worst defence in Bundesliga, with 18 goals conceded, Augsburg need to improve at the back.

Stuttgart's defence is in similar shambles, conceding three less goals than their rivals. However, it is in the final third where they will be looking to outplay their rivals. They have nine more strikes against their names than Augsburg and will be confident in getting on the scoreboard. Pellegrino Matarazzo's faith will be in his forwards to deliver as his defenders have not helped their cause.

Questions About Augsburg vs Stuttgart 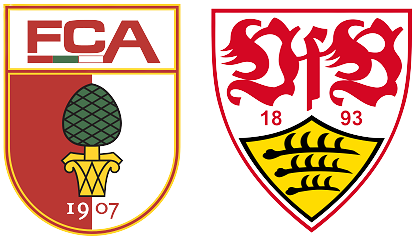 Where is the game being played? WWK Arena.