Augsburg take on Freiburg at the WWK Arena on Saturday, August 6th. Augsburg take on bogey side Freiburg on the opening weekend of the new Bundesliga season. Read our free predictions and find the latest odds for the fixture below in our detailed match preview.

Freiburg are unbeaten in seven previous meetings with Augsburg ahead of the teams’ latest clash on Saturday? Read our top predictions for this weekend’s fixture below.

Long-serving Freiburg boss Christian Streich masterminded two victories in two games against Augsburg last season, indeed, the Breisgau-Brasilianer’s record in this fixture is superb and you have to go all the way back to 2018 to find Augsburg’s last success in the head-to-heads. Augsburg will be nervous about facing their bogey team on the campaign’s opening weekend and there is enough at play here to suggest Freiburg are worth taking in the draw no bet market.

While Freiburg have had the upper hand in terms of results in this fixture over the years, Augsburg have rarely made life easy for their common conquerors, something that is reflected in the stats. In fact, both teams have rattled the net in six of the last eight encounters between the familiar foes and action at both ends is anticipated again in Saturday’s contest. BTTS has also landed in 100% of the last six tussles between the sides at the WWK Arena and we’re tipping that pattern to continue here.

Top Betting Odds and Stats for Augsburg vs Freiburg

Check out our rundown featuring the best stats for Saturday’s game below alongside a tool to help you choose the best odds.

Read all of the injury updates and team news for Saturday’s Bundesliga meeting between Augsburg and Freiburg below.

Augsburg have a whole host of injury issues to contend with this week. Niklas Dorsch, Lasse Gunther, Dikeni Salifou, Ruben Vargas and Tobias Strobl are all out, while Reece Oxford is rated as a doubt. Arne Maier and Ermedin Demirovic are in line to make their Bundesliga debuts for the club. Enrico Maaßen is the new manager in the dugout this season.

Kukas Kulber is out with a hip injury for Freiburg while Lucas Holer's broken ankle should keep him out until November at the earliest. Freiburg lost star defender Nco Schlotterbeck to Dortmund in the summer, though they were able to nab a replacement for free in Matthias Ginter. 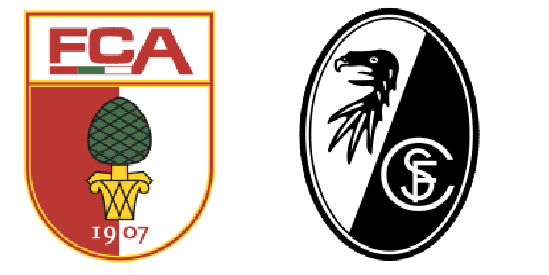 Is this match on TV?

Augsburg vs Freiburg is not being screened live on TV in the UK.

The WWK Arena will host Augsburg’s clash with Freiburg on Saturday.