FC Augsburg started the 2022 calendar year with an away 3-1 defeat to Hoffenheim. They return to the familiar surroundings of WWK Arena as they face off against Eintracht Frankfurt.

Markus Weinzierl has a tough task on his hands as he prepares Augsburg for a visit from Eintracht Frankfurt. The visiting Eagles went down fighting in a 2-3 defeat to Borussia Dortmund last weekend, seeing their three-match winning run come to a halt. They should resume their abruption against Augsburg, against whom they are unbeaten in four meetings, winning thrice and drawing once.

Only one of the last four meetings beetween Augsburg and Eintracht Frankfurt has seen goals go in excess of two. Interestingly, both sides have not scored on these occasions as well. We believe these trends will buckle given their recent form. Despite struggling, the Fuggerstadters have scored in eight of their nine competitive outings. On the other hand, the high flying Eagles have scored in 12 successive outings and should make this fixture interesting. They have seen 23 goals in their last five outings, making for an interesting reading ahead of this fixture.

Augsburg vs Frankfurt: Check out the best odds and the latest stats

Augsburg vs Frankfurt: Check out the team lineups

After defying the odds in recent years, the concern around WWK Arena are genuine in 2021/22 campaign. Augsburg are fighting for survival in the German top-flight football. Markus Weinzierl will be concerned with their recent set of results but will be aware that a couple of positive results can get their season back on track.

Oliver Glasner was left fuming last weekend as Eintracht Frankurt allowed their 2-0 first half lead slip. The eventual 2-3 defeat ended their three-match winning streak, one they would like to resume against Augsburg. Despite being in eighth place at the moment, the Eagles are four points adrift of third-placed SC Freiburg and have everything to play for.

Questions About Augsburg vs Frankfurt 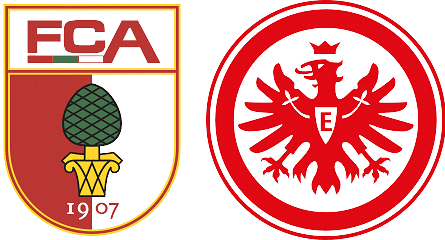 Where is the game being televised? DAZN Deutsch.

Who is the player to watch out for? Rafael Borré (Frankfurt).