Top free betting tips and odds for Augsburg vs Dortmund

Relegation-threatened Augsburg hosts second-placed Borussia Dortmund in the final fixture of Round 24. Both sides will be looking to claim the three points on offer for differing reasons, making it an interesting inflexion point for them.

Der BVB is only focused on the Bundesliga as they bid farewell to the Europa League this past Thursday. It will be a signal for the struggling Augsburg who has won just one of their last eight German top-flight fixtures. The visitors have won five of their last seven duels and will be confident in repeating their heroics. There is an extra impetus to win as Bayer Leverkusen are hot on their trail and Bayer Munich showing signs of weakness. We expect Marco Rose's men to earn the win add continue their hunt for an unlikely Bundesliga title.

Goals are the currency in which Borussia Dortmund deal in. With Erling Haaland leading their lines and Marco Reus and Julian Brandt also chipping in, they are a power to behold. However, keeping up with their traditions of late, they like to allow their rivals their fair share of attempts on goal. They have conceded 36 goals, the third-worst tally amongst the top-12 teams. On teams fighting against relegation have conceded more. Augsburg are in the latter company but are averaging more than a goal per game. They will be confident in their abilities at home and should give Der BVB a run for their money.

Augsburg vs Dortmund: Check out the best odds and the latest stats

Augsburg vs Dortmund: Check out the team lineups

The Fuggerstädters and Markus Weinzierl look bereft of ideas in their bid to avoid relegation. Freiburg became the latest side to add to their miseries last weekend and Borussia Dortmund will be looking to add their name to the list. Augsburg has only registered one win in their last eight Bundesliga fixtures as they slump deeper and deeper on the points table.

Rangers dumped Der BVB from the Europa League as they earned a historic 6-4 aggregate win over the German outfit. Marco Rose will look to put the disappointment behind him and put all his energies on the Bundesliga. They are six points behind reigning champions Bayern Munich and have an outside chance of lifting the title as the Bavarians are still busy with their Champions League duties.

Questions About Augsburg vs Dortmund 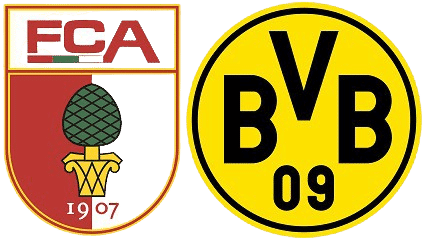 Where is the game being televised? Arena 4, DAZN Deutsch, Sky Sports Mix (UK/Irl), and Viaplay.