Atletico Madrid offered absolutely nothing in an attacking sense in the first leg of this Champions League quarter final but they'll need to find a spark here if they're to have a chance of going through. Will they manage to pull it off? Find out with our Atletico Madrid vs Man City match preview with free tips, predictions and odds mentioned along the way.

The first leg of this tie might have only ended 1-0 to Man City but anyone who watched the match would know that City murdered Atletico Madrid for the entirety of the game. In our view, Man City weren't at their best either and that is a scary thought for the hosts heading into this tie. Man City know nothing but attack so you know how they'll approach this match. Atletico Madrid will look to soak up that pressure but, eventually, they'll need to find a goal unless they want to limp out of the competition; when that happens, City should pick them off.

We've already spoken about how both teams will likely approach this match; it's just going to be the first leg all over again – at least it will be for 95% of the match. With that considered, it's hard to imagine this game being loaded with goals. Recent form backs up a low scoring encounter too. Atletico Madrid have gone under 2.5 goals in four of their last five games whilst Man City have fallen south of the 2.5 mark in four of their last five away matches.

This is arguably the easiest match in the world to predict. Of course, we don't mean in terms of the result but in terms of how the flow of play will go. Man City will pass, pass, pass. Atletico Madrid will contain, contain, contain. Then we'll see who makes a mistake or produces a moment of genius. Either way, it's should be intriguing to watch.

Atletico Madrid received a lot of criticism for how they approached the first leg of this tie but they will not care one bit. They're still in the game and with home advantage and with Man City coming into this game off the back of a big clash in the Premier League they will fancy their chances of snatching something using.

The lack of a Champions League title is something that is constantly held over this Man City team and their boss, Pep Guardiola. They will feel they've got one foot in the semi-finals after finding a breakthrough in the first leg. Now you feel only a mistake from City will allow Atletico back in – but this Man City do have ricks in them.

A quickfire FAQ on Atletico Madrid vs Man City 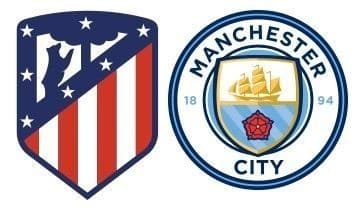