One of the most interesting games in this round of La Liga is the Athletic Bilbao vs Atletico Madrid duel. With that in mind, let's take a closer look at the game and what we can expect from it.

If you can't decide on the best bet for the Atletico Madrid vs Athletic Bilbao duel, check our top betting tips for this game:

While both teams have a reason to fight for this win, Atletico Madrid has been in better form in La Liga recently and we can see that run continuing against Athletic Bilbao.

In addition to this, Atletico Madrid is simply the better team of the two and still the reigning champions of Spain. That being said, they only beat Athletic once in their last five h2h meetings, but that only makes them more eager for this win.

Both teams have scored in four of the last five head-to-head duels between Atletico Madrid and Athletic Bilbao and we can see that happening on Saturday as well.

If you are looking for the best La Liga odds, including top odds for Athletic Bilbao vs Atletico Madrid, check them all out right here:

This should be one of the most exciting matchups in the round, so let's take a closer look at both teams right now:

With just one win in the last six games in La Liga, Athletic Bilbao is far from being in good form at the moment. However, they are still only four points behind Villarreal and seventh place, which would put them in Europa Conference League. In any case, the team needs to start winning right now to achieve this with only five rounds left in the season.

However, Athletic Bilbao will be without Oihan Sancel, Alex Petxa, Inigo Lekue, and Asier Villalibre for the next game through injuries, while Mikel Vesga will miss the game to serve a suspension.

The current champions of Spain, at least for a few more days, didn't have such a great season since they are not in contention for any trophies. On the bright side, the team is in good form with four wins in the last six games and in good position to secure a spot in the Champions League next season.

Meanwhile, the team will be without Hector Herrera, Jose Gimenez, Joao Felix, and Thomas Lemar, who are all injured, while Stefan Savic will remain on the sideliens through suspension. 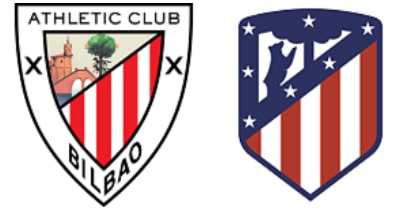