The second game in the upcoming round of La Liga is scheduled for Tuesday, October 18th and it is the Getafe vs Athletic Bilbao duel. With that in mind, we have prepared a preview of this game just for you, along with some betting tips.

Our Favourite Betting Predictions for Getafe vs Athletic Bilbao

If you are looking for free La Liga betting tips, including our predictions for Athletic Bilbao vs Getafe, you can find them right here:

With eight points from eight games, Getafe is currently close to the relegation zone. Meanwhile, Athletic Bilbao is fifth in the league with seventeen points at the moment.

So, the guests have clearly done much better in La Liga so far and we can see them continuing that good run with a win over struggling Getafe, even the Basque team only beat Getafe once in their last five duels.

Four of the previous five head-to-head duels between Getafe and Athletic Bilbao have gone under 2.5 total goals and we expect that to happen once again on Tuesday.

The Best Stats and Top Odds for Getafe vs Athletic Bilbao

If you are trying to find the highest Getafe vs Athletic Bilbao odds, check our list of odds from some of the best UK bookmakers:

While the Basque team is the favourite in this match, we expect to see an interesting game. So, let's check both teams out in more detail now:

After beating Real Sociedad and Osasuna in back to back games, Getafe failed to win in three games after that and they remain dangerously close to the relegation zone with eight points from eight rounds of the new La Liga season. That being said, the team did have a tough schedule so far, so we could be seeing them do better in the future.

On the bright side, only Mauro Arambarri is currently on the team's injury list, while the rest of the team is in good shape and ready to play.

Although they did have a relatively good schedule, Athletic Bilbao did very well so far this season and they are sitting in the fifth place in La Liga at the moment with seventeen points from eight matches. In the last six games, Athletic Bilbao has three wins, one draw, and a couple of losses, so they are in good form at the moment.

Another positive for the Basque team is the short injury list, with Yuri Berchiche currently the only injured player at the club.

Q & A for Getafe vs Athletic Bilbao 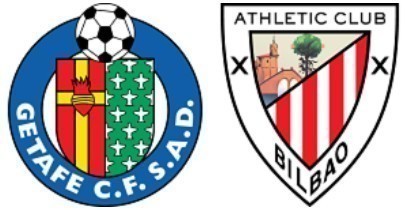