Aston Villa have had a full week to prepare for their home game against Southampton in the Premier League this weekend and will be looking to make the most of their guest's busy schedule. The Saints progressed through to the next round of the FA Cup in midweek via an impressive 3-1 victory over West Ham with a rotated starting eleven.

Southampton beat Aston Villa 1-0 when the two sides locked horns for their reverse league fixture in November and have won five of the pair's last six encounters in the Premier League. Aston Villa head into this weekend's clash with two wins, two draws and two defeats from their last six matches while the Saints have won five and drawn one of their last six outings, so you can see why we're backing the visitors to either win or claim a draw at Villa Park.

We're not predicting a goal-fest between these two sides as three of their last four meetings in the league have produced under 2.5 goals. Fewer than three goals have also been scored in four of Aston Villa's and three of Southampton's last five outings in all competitions, adding further weight to our prediction for a low-scoring 90-minutes this weekend.

Everything you need to know ahead of Aston Villa vs Southampton

Aston Villa made the trip to the south coast knowing that Brighton had underperformed in their last few matches, something the visitors used to their advantage. Once Villa took the lead through full-back Cash in the 17th-minute, there was no looking back for Gerrard's men. Watkins added a second goal in the 68th-minute to end any hopes of a comeback for the home side, who suffered a third straight league defeat.

Southampton would have been expecting a very tough 90-minutes at home to West Ham in the 5th Round of the FA Cup, especially when the starting lineups were announced and West Ham went with their strongest side. Southampton left Stuart Armstrong, Broja, Livramento, Redmond, Romeu and Adams on the bench but still progressed through to the next round. French full-back Perraud opened the scoring for the saints in the 31st-minute and it wasn't until right on the hour mark that West Ham equalised. However, Ward-Prowse converted a spot-kick in the 69th-minute and deep into stoppage time, Broja scored a third for the home side to confirm their place in the Quarter-Finals.

Aston Villa: Nakamba and Traore are the main injury concerns for the home side.

Southampton: the visitors could be without the services of Tella, Salisu, McCarthy and Lyanco this weekend.

Your Questions for Aston Villa vs Southampton 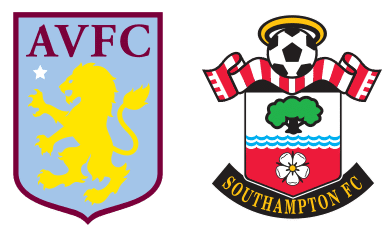