The title race for the 2021/22 Premier League campaign has gone down to the final game of the season and either Man City or Liverpool will be crowned the champions on the 22nd of May. Guardiola's men have a 1pt lead and play host to mid-table side Aston Villa who, as we all know, are managed by Liverpool legend Steven Gerrard, which should make things interesting.

Man City have picked up eight wins from their last eight encounters with Aston Villa and both teams have scored in four of the pair's last five head-to-heads. City head into this weekend's clash on the back of four wins from their last six matches in all competitions, while Villa have lost one, drawn three and won two of their last six in the league. Both teams have scored in four of Man City's and four of Aston Villa's last six outings in league and cup, so you can see why we're not backing either side to keep their clean sheet intact on Sunday.

City have a great recent record against Aston Villa as mentioned above and two of their last seven wins against the Midlanders have produced over 3.5 goals. At least four goals have been scored in each of Man City's last six outings in all competitions and Villa's last away games also produced over 3.5 goals, adding further weight to our prediction for at least four goals to be scored this weekend.

Can Man City finish the job on Sunday?

Man City had to come from two goals down away at West Ham to rescue a point but their fans will have been disappointed not to have won the game. Bowen scored twice in the first half to hand West Ham a commanding lead but Grealish pulled a goal back early in the second forty-five and an own goal from Coufal made it 2-2 in the 69th-minute. Man City were awarded a penalty late on but Mahrez saw his spot-kick saved by Fabianski.

Aston Villa had the home advantage against relegation battling Burnley on Thursday night but never really made it count. The visitors went in at the break a goal to the good after Barnes converted a spot-kick but Villa got back onto level terms early in the second half through Buendia and the game ended all square.

Aston Villa: Konsa, Baily and Hause are the main injury concerns for the visitors. 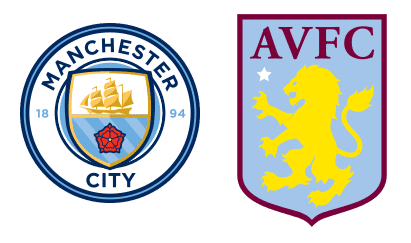