Aston Villa's disappointing home form continued before the international break and this weekend they play host to a Fulham side battling for their Premier League status. Scot Parker's side could move out of the relegation zone with a win at Villa Park, but that is much easier said than done. Read on for our prediction for Aston Villa vs Fulham in the Premier League.

Fulham to Win or Draw

Under 2.5 goals have been produced in each of Aston Villa's last five matches in the Premier League. Four of Fulham's last six league games have also featured under 2.5 goals.

Aston Villa have failed to score in two of their last three home games, while Fulham have kept clean sheets in four of their last six away trips. The visitors are looking to make it ten away games in all competitions without defeat.

All the stats and odds for Aston Villa vs Fulham

The hosts will be desperate to end their winless run

Defeat to Tottenham before the international break made it three home games without a win for Aston Villa. Villa lost that game 2-0 and have failed to score in two of their last three home games, which will give Fulham a boost heading into Sunday's clash. The hosts have only managed to win one of their last six outings in the Premier League, away at Leeds, but remain 10th in the Premier League table and well away from the ongoing relegation battle. Jack Grealish could return to the Aston Villa starting lineup this weekend, but there are doubts over Hause, while Wesley has been ruled out due to a knee injury.

Fulham were gutted to lose at home to Leeds last time out but will be relying on their excellent away form to get them back on track this weekend. Scot Parker's side haven't lost any of their last nine away games in league and cup, claiming an excellent 1-0 win over Liverpool at Anfield in March. A win could lift Fulham above Newcastle and out of the relegation zone on Sunday, but only if the Magpies lose at home to Tottenham. Cairney will continue to miss out for Fulham this weekend, but De Cordova-Reid and Rodak could return if they pass late fitness tests.

FAQ about Aston Villa vs Fulham 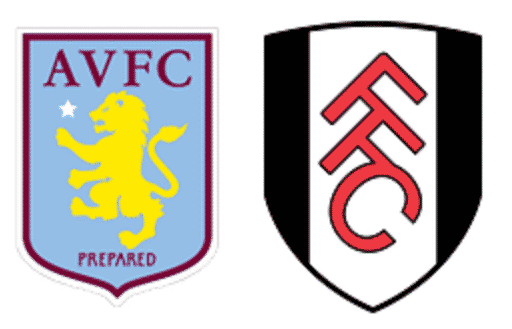