Aston Villa have improved a lot during the short period Steven Gerrard has been manager of the club but the home side face another tough test in the Premier League this weekend when they take on Chelsea. The visitors might not be at full strength but the bookmakers still fancy Chelsea to win the game.

We've predicted both teams to score in this game as that has been the case in five of the last six encounters between the two clubs. Both teams have scored in three of Aston Villa's last five matches and the hots have only kept one clean sheet during that period, while five of Chelsea's last six outings have ended with both teams getting on the scoreboard.

Chelsea need to win to secure a top-four finish

Aston Villa made the trip to Norwich last time out and managed to come away with all 3pts. A 34th-minute effort from Ramsey opened the scoring in Aston Villa's favour after good work from Watkins. Watkins then turned goalscorer in late in the second half to end any hopes of a possible comeback for Norwich. Villa now sit 10th in the table and could move above local rivals Leicester if they better the Foxes Boxing Day result.

Many expected Chelsea's trip to Wolves to be tight, tense and low-scoring, and that is just what they got. The game ended goalless and Wolves were the happier of the two clubs come the final whistle as Chelsea dropped more points on the league leaders and now sit 3rd behind Man City and Liverpool.

Aston Villa: Nakamba, Traore, Buendia, Young, Bailey, El Ghazi, Steer, Sanson and Davies could all miss out for the hosts. 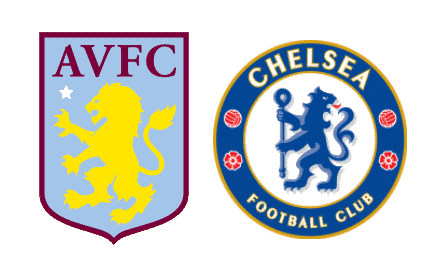