The only team with all wins after four round of Premier League is Arsenal and they will host Aston Villa in the fifth round on Wednesday, August 31st. So, let's take a closer look at the match and what we can expect from it.

If you want to check some free betting predictions for the Arsenal vs Aston Villa duel, you've come to the right place:

Arsenal to Win with Handicap (-1)

It was obvious from their great pre-season that we are about to see a new and much better Arsenal compared to previous years and the Gunners are currently the only team that won all four of their matches. Granted, they had a relatively easy scheduled, but they are still looking great at the moment.

Meanwhile, Aston Villa lost three of their four games, managing to beat Everton for their only points so far. With that in mind, we can see Arsenal winning this game as well. In fact, we expect them to do it by two or more goals.

Gabriel Jesus to Score at Any Time

While it's hard to set someone apart in this Arsenal team, especially on the offensive end, it's clear that signing Jesus was exactly what Arsenal needed for this season.

Although Jesus only scored two goals so far, both against Leicester, he also added three assists as well and has been pretty impressive overall. With that in mind, we feel it's time for him to score another goal or more against Aston Villa.

All you need to know ahead of Arsenal vs Aston Villa

If you want to check top odds and stats for this game, you've come to the right place:

With the home team in great form, they are clearly the favourites, but this can be a good game. Here's a closer look at both teams:

Even though they missed out on a Champions League spot last season, we saw glimpses of what Arsenal good look like in the future. And with the signing of Gabriel Jesus from Man City, it looks like their future is here. The Gunners have started the new Premier League season with four wins in four games and they've looked pretty impressive in their games so far.

Meanwhile, the team will once again be without injured Reiss Nelson, while Oleksandr Zinchenko and Thomas Party could sit out another game as they get closer to returning from their injures.

It's been a rough start of the new season for Aston Villa since the team lost three of their first four games in Premier League so far, although they at least managed to get one win over Everton at home. Overall, things don't look great for Steven Gerrard's team right now, but we could see them turn things around soon since they have the quality for more.

When it comes to team news, Diego Carlos is still out with an Achilles tendon issues, while Tyrone Mings is questionable, but more likelyot play than not.

The Usual Questions for Arsenal vs Aston Villa 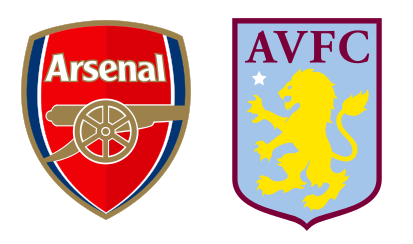